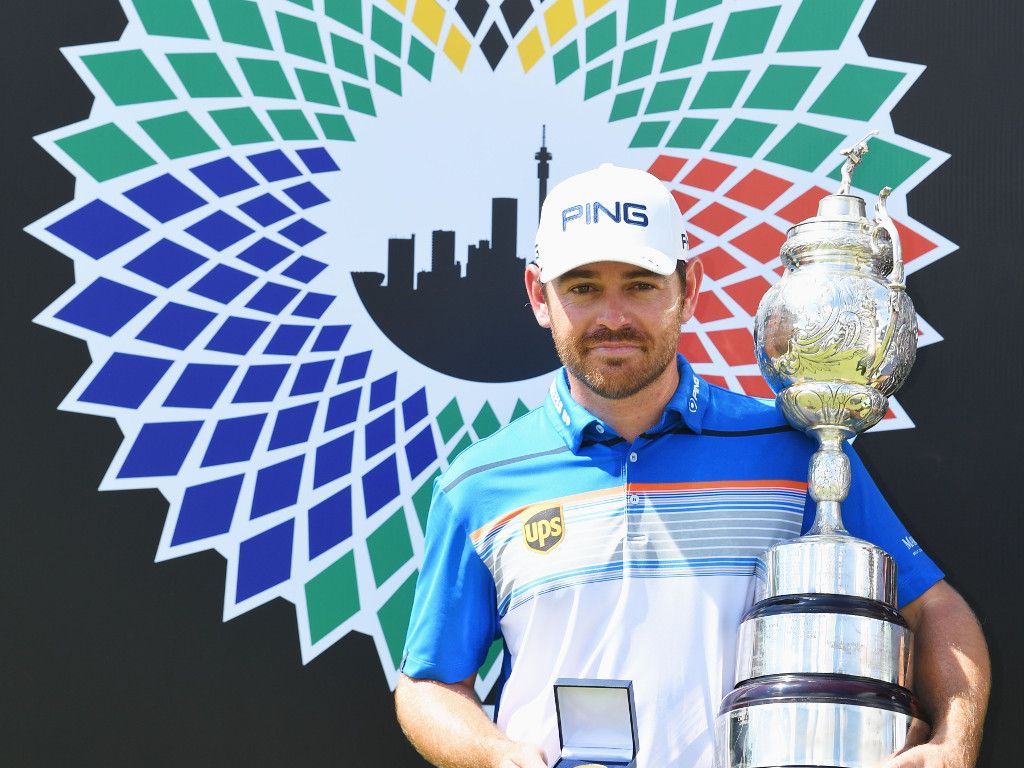 Louis Oosthuizen was a cut above the rest as he eased to a six stroke win at the South African Open in Johannesburg on Sunday.

The South African held on to his overnight lead to post a final round of four under 67 around Randpark Golf Club, enough to take him to 18 under for the tournament and secure a six shot victory over Frenchman Romain Langasque.

Staring the day with a three stroke lead, Oosthuizen appeared to have some nerves after errant drives at the second and third saw his lead reduced to one after back-to-back bogeys.

But the 2010 Open Championship winner quickly made amends, rolling in four birdies over his next six holes, including a curling uphill 21 footer on the seventh.

After a string of pars, the shot that virtually sealed the deal for the Mossel Bay native was a superlative nine iron from 180 yards into the par five 14th, which cleared the bunker and came to rest inside two feet from the pin, leaving him a tap in eagle.

And just like that, the lead is now SIX 🦅#SAOpen pic.twitter.com/YSoVSO87TN

A par on the final hole cued a flood of tears from the 12-time winner, who is back in the winners circle after 33 months.

“I wish the family was here,” said the 36-year-old afterwards.

“The crowd was great this whole week, it was nice to do it for them. I knew today was either going to be very special or heartbreaking. I know there’s only a few that have won The Open and the SA Open so I’m very chuffed to have my name on this.

“We had a tough start today and my caddie just told me, ‘you’re swinging it well, just go for it’. I just got back to basics, to try and hit fairways and greens. I know I’m putting well, I just needed to give myself putting opportunities for birdie.

“This feels very special. This is perfect.”

Share a drink with a friend (or two) 😛🍾#SAOpen pic.twitter.com/ShalNJ18wN

Further down the leaderboard where a host of players tied for third on ten under, including local Masters winner Charl Schwartzel and Oliver Wilson of England.