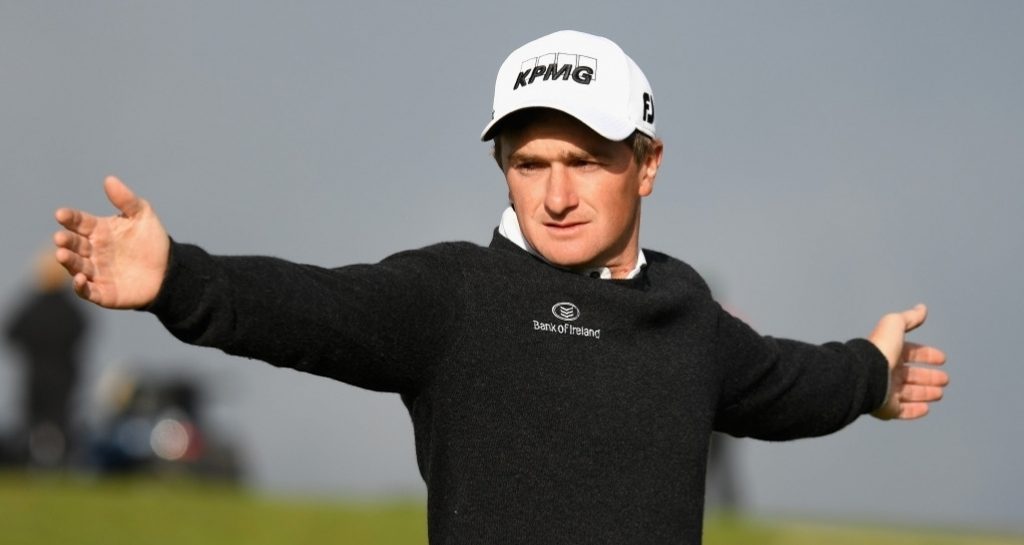 Paul Dunne started the second round of the Open de Espana tied for the lead and finished it three shots clear after another brilliant 65.

Dunne and Marc Warren led the way after round one thanks to a pair of six-under-par 66s, but while Warren could only manage a 69 in response, Dunne went one better with a superb seven-under-par 65 to take his total to 13 under par for the tournament.

Lying four shots back in a tie for fifth place is pre-tournament favourite Jon Rahm.

The Spaniard is well positioned to claim his maiden victory on home soil after rounds of 67 and 68. He's on nine under alongside Warren, Robert Rock and Henric Sturehed, with the likes of Andrew ‘Beef’ Johnston just one shot back.

Dunne's round was one of the best of the day. Starting from the 10th, he picked up four birdies in a flawless opening nine, and birdied the first immediately after the turn for good measure.

His first dropped shot of the day came at the par-4 second, but Dunne caught fire again from the fifth, birdying four of the last five – interrupted only by a second bogey at the eighth – to put himself in pole position heading into the weekend.

It's just one of those days," said The Irishman. "I went on playing, I wasn't really thinking about the score, then the score kind of built on itself.

"The conditions were a lot better than the last couple of days and playing early I got the best of the greens so it was a pretty steady day. My game is in good shape, I'm feeling good. I see a lot of birdies around this course if the weather stays like this so hopefully I can make them.

"I think it's been training the right way for a while and I've got a nice run of events here in Europe over the next few weeks as well, so I'm looking forward to that and hopefully just keep doing what I am doing."