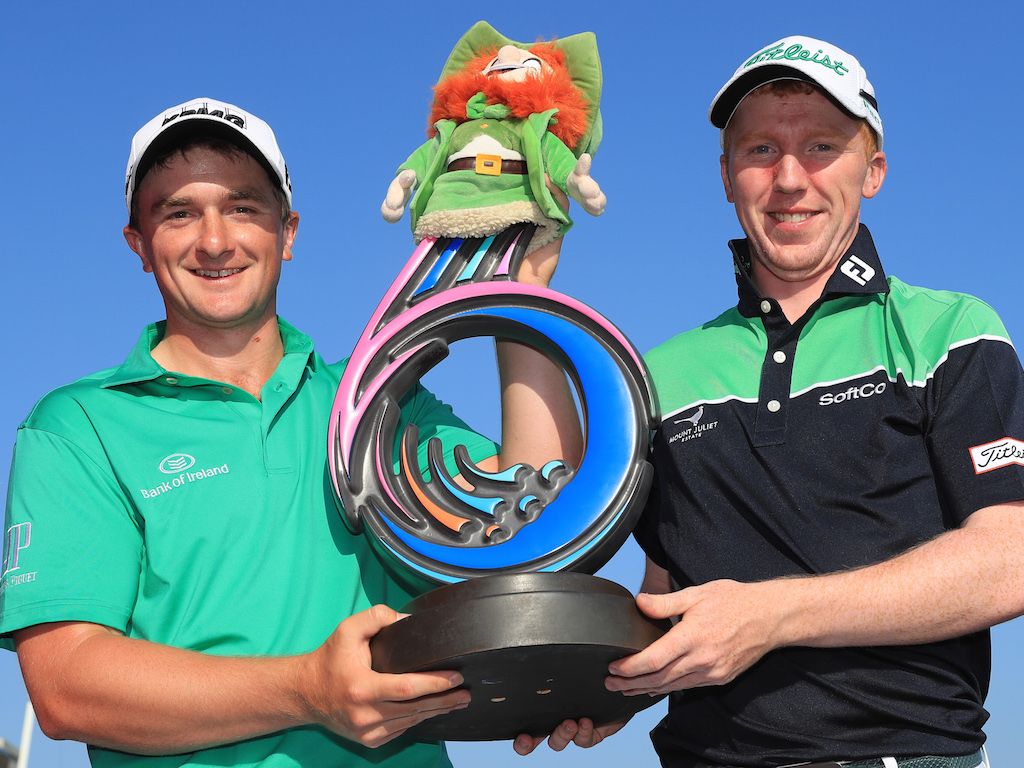 The Irish duo of Paul Dunne and Gavin Moynihan got on a hot streak on Sunday at the GolfSixes and stormed to victory, beating France in the final.

In the second edition of GolfSixes, the pairing of Dunne and Moynihan finished Saturday on top of Group C having won two of their three matches.

That meant a quarterfinal against England Women on Sunday, a team consisting of Charley Hull and Georgia Hall. Dunne and Moynihan passed that test with flying colours, winning 2 & 1.

The story of the #GolfSixes final in 2 minutes. pic.twitter.com/6yxlIADTPM

In the semi-finals, the talented Soomin Lee and Jeunghun Wang of South Korea were disposed of too, but in very different fashion. Dunne and Moynihan needed an extra hole to advance in a nail-biting tie which turned out to be the pick of the matches on Sunday.

In the final, Michael Lorenzo-Vera and Romain Wattel offered little resistance. Dunne and Moynihan got off to a fast start, taking the first and third holes en route to triumphing 2 & 1, lifting the trophy in the process.

A final sign-off from our winners. 💬@GolfSixes out. pic.twitter.com/awD5H9GLDe