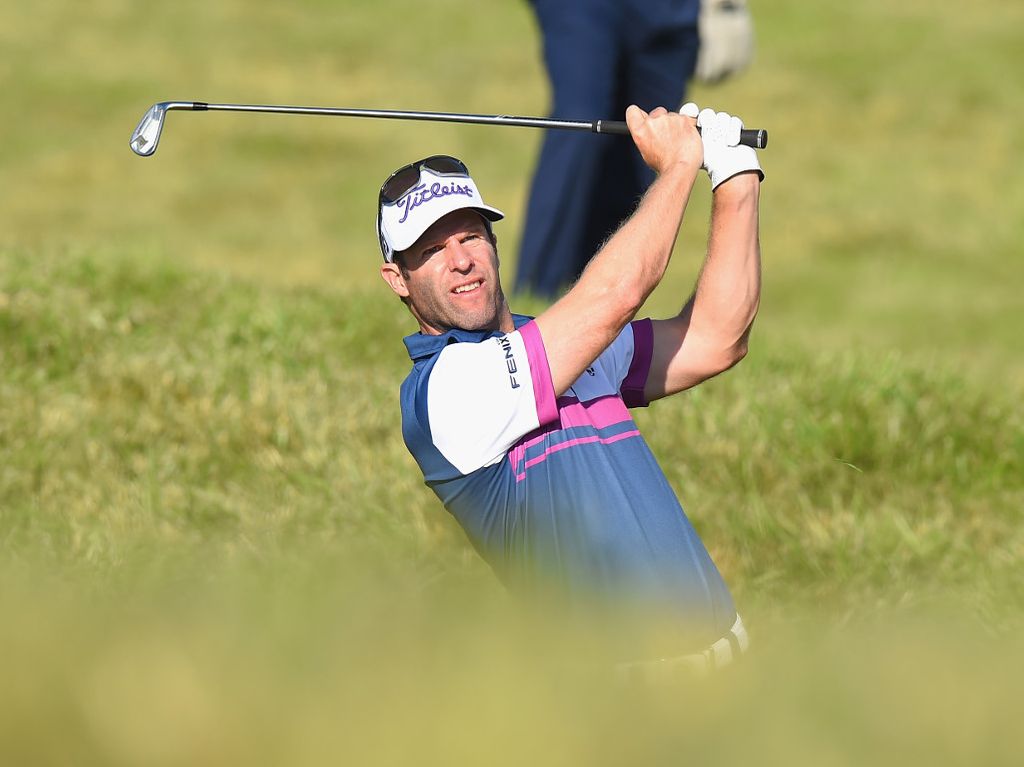 Bradley Dredge has a slender one stroke lead after the opening round of the NHA Open de France on Thursday.

The Welshman picked his way around a sun baked but blustery Le Golf National Course, signing for a four under 67, enough for a one shot lead ahead of Graeme McDowell and Andy Sullivan.

Dredge – who is looking for his first top ten finish since 2016 – benefited from an early tee-off time in Paris, but still dropped a shot on the tenth, his opening hole. But Dredge bounced back to post three birdies before making the turn and rolled in two more coming home to take the lead.

“It was getting tougher and tougher out there,” he told europeantour.com.

“Obviously delighted with that score to start the tournament off. I think it’s playing just right at the moment in terms of firmness. There’s just a bit of give on the fairways and the greens.

“Got off to a bad start on ten with a poor tee-shot and made bogey but after that, to remain bogey-free, very pleased with that.”

What a golf course @legolfnational is…
Tough for the old boys out there today but I have to say that this is one great golf course.
Giving it another go tomorrow.@HNAOpendeFrance @EuropeanTour

McDowell – who is playing fo a place on the European Team at the upcoming Ryder Cup hosted at the same venue – signed for a checkered scorecard that featured four bogeys and seven birdies.

Further down the leaderboard are South African Dean Burmester, Swede Robert Karlsson and Thomas Pieters of Belgium who are locked in T3 on two under.