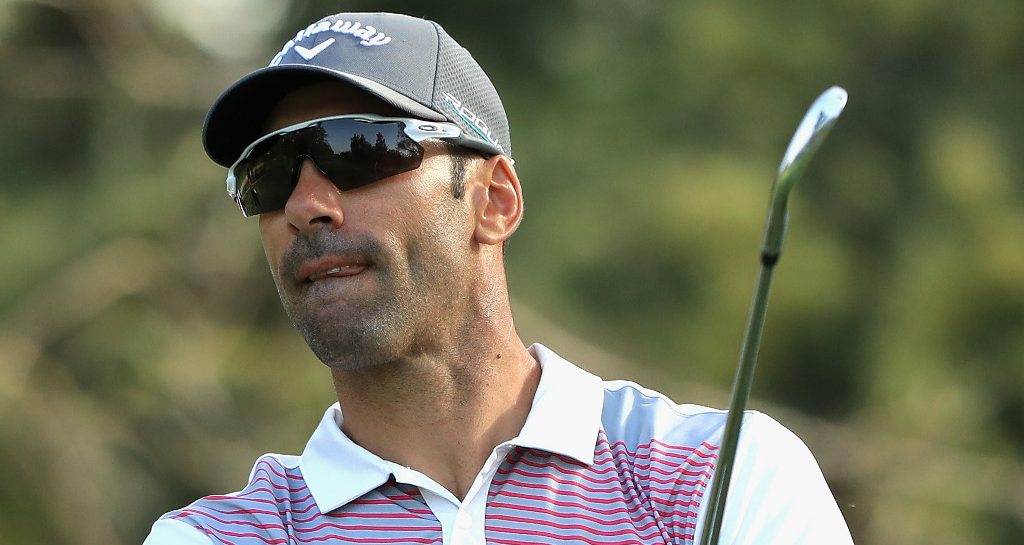 Welshman Bradley Dredge and Alvaro Quiros of Spain both shot five-under-par 67s to lead the way after the opening day of the Trophee Hassan II.

Dredge set the clubhouse target earlier in the day, with Quiros joining him at the top in the evening.

Both men are coming off disappointing seasons which saw them finish outside the top 100 in the Race to Dubai, and will be delighted at having rediscovered some form.

Dredge's 67 was his lowest round since the Irish Open last year. He lost his playing privileges for this season, but has made two of three cuts this year.

After 18 holes at the #TropheeHassanII:

"A good day," said Dredge, who mixed seven birdies with two bogeys on Thursday. "Very pleased to be leading the tournament after round one. I played nicely all day so delighted.

"It's just a matter of keeping the ball in play and shot-to-shot, as in looking where the pin positions are and then taking into consideration whether or not you can go for the pin or play away from it.

"I haven't played a great deal this year. I feel as though it's progressing quite well at the moment so I'm quite pleased the way it's trending, as a lot of guys say."

Quiros remains exempt on the Tour thanks to his win at the Rocco Forte Open – Verdura, but has made just three of 19 cuts since that victory.

"I have to recognise that it was a great round of golf," said Quiros, who had six birdies and a solitary bogey in his round. "The score is good but I will say that the level that I displayed today from tee to green, it's been unbelievable. I know that five under is a very good score but it looks like it's a little bit short for the game that I have displayed today.

"Tomorrow is going to be a completely new day, and it's only the second round of a four-round tournament."

Among those at three under, two back, are China's Ashun Wu, England's Lee Slattery of Michael Hoey of Northern Ireland.