Donaldson still in front in Dubai 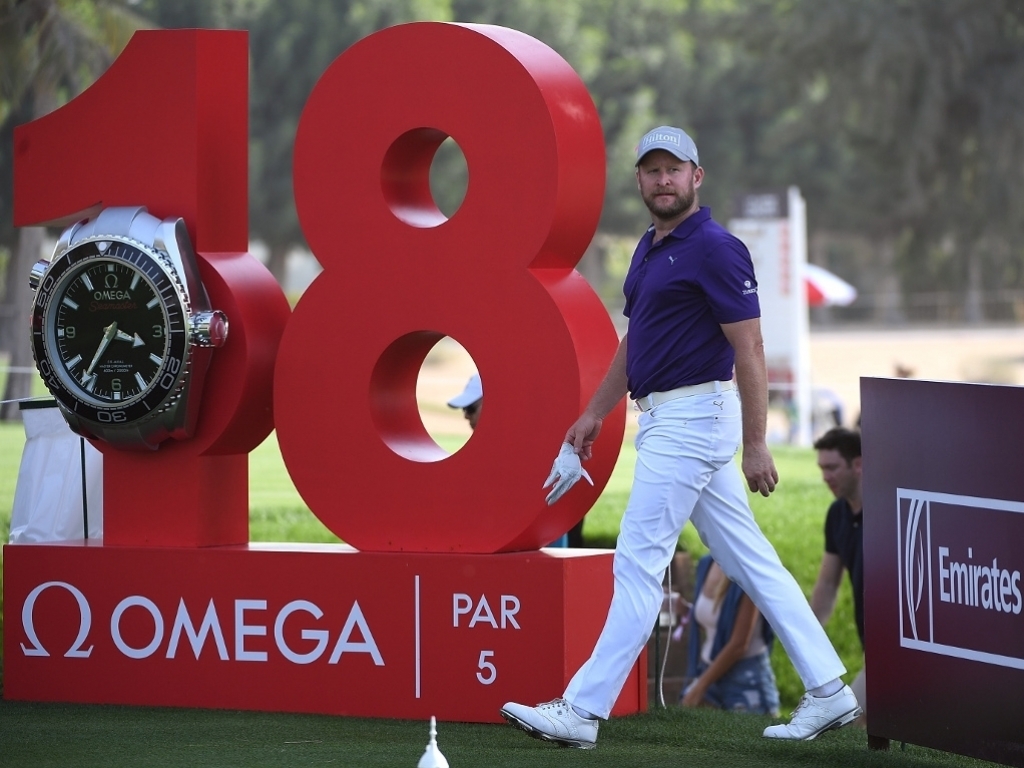 Jamie Donaldson still had a narrow lead after the second round of the Dubai Desert Classic was called off due to darkness on Friday.

The Welshman carded a three under 69 around Emirates Golf Club – where play started nearly three hours late due to fog – moving him to 13 under for the tournament, enough for a one stroke lead ahead of Chinese star Li Haotong whon fired ten birdies for his 66.

Just the 10 birdies today for @haotong_li, including these two on his final two holes 👏 pic.twitter.com/QjDzi7Mof3

South Africa’s Branden Grace impressed with a bogey-free seven under 65 to move into T3 with Bjork Alexander, who was on 11 under when he walked off the 12th hole.

Donaldson would drain two birdies on the front nine and and prefect up and down lead to another gain on the tenth. While the 42-year-old dropped a shot on the 11th, a 15-foot birdie putt on the 16th would see him edge ahead of the chasing pack.

“I have backed up low scores like that with another one but today it wasn’t to be…quite happy with a 69,” said the three-time European Tour winner after the round.

“Played nicely. Drove the ball well, iron play was good, took my chances when I was close enough to do so. Hit a lot of really good putts that didn’t go in where yesterday they all went in.

“It can always be better, can’t it? Wanted to try to go flag hunting a little bit, which maybe I shouldn’t have done, but happy with how I played.”

Further down the leaderboard, five-time major winner Rory McIlroy is sitting pretty in T5 on ten under with seven holes still to play of his second round.

Tour veteran Miguel Angel Jimenez followed up his 66 with a 68 to sit tied with McIlroy and South African Thomas Aitken. The cigar-toting Spaniard rolled in five birdies on the back nine to rise up the leaderboard.

10 under par after two rounds. @majimenez1964 is in contention heading into the weekend. pic.twitter.com/GCtp2qHOIc