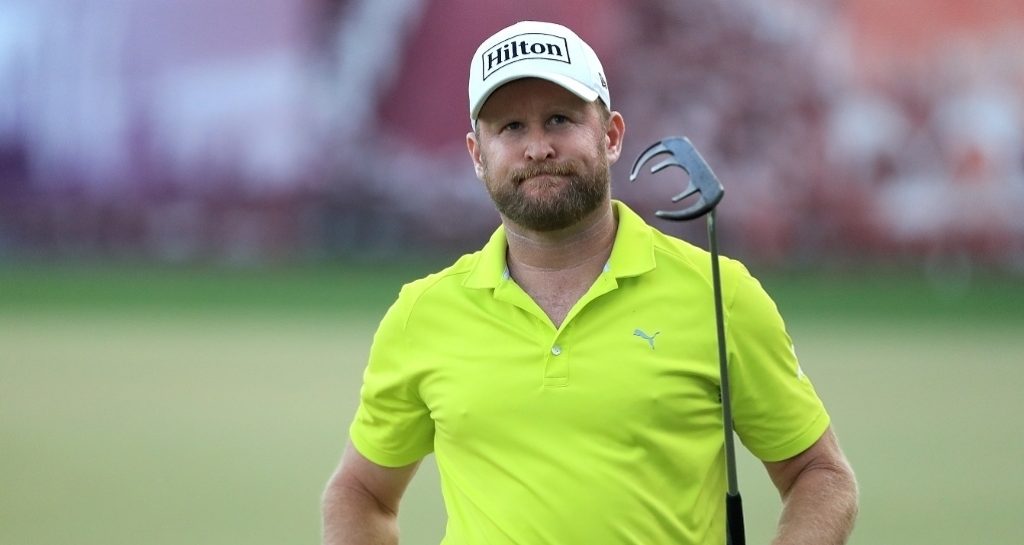 World number 292 Jamie Donaldson carded an opening round 62 at the Dubai Desert Classic to earn a one shot lead on Thursday.

The Welshman would pick his way around the Emirates Golf Club and post a ten under 62, one stroke ahead of English duo Anthony Wall and David Horsey on a day perfect for low scoring in Dubai.

Teeing off on the back nine, Donaldson was off to a fast start, finding himself four under after four holes following an eagle on the  par five 13th. A couple more gains saw Donaldson make the turn in 31 and then he went on a four birdie streak, which included draining an 18 foot putt on the fifth.

Unfortunately a bogey on the last would see him miss out on bettering Ernie Els’ 24-year-old course record of 61. That said, Donaldson admitted he had the magical number of 59 in his head after his 18-footer.

“I’m not going to lie to you, I was thinking about it,” the 42-year-old told European Tour.

“I birdied five and then started thinking, ‘if i just birdie them all coming in, then I’ve done it’.

“Sometimes you’re best not thinking and just keep playing but I was picturing birdieng them all and then jumping in the lake on the last.

“I’ve been working on my game, trying to find the form that I’ve found in the past. Everything worked perfectly today.”

Further down the leaderboard, former world number one Rory McIlroy enjoyed a bogey free seven under 65 to sit in T5, along with Alexander Bjork, Chris Paisley and Lasse Jensen.