Defending champ Cameron Smith in command Down Under 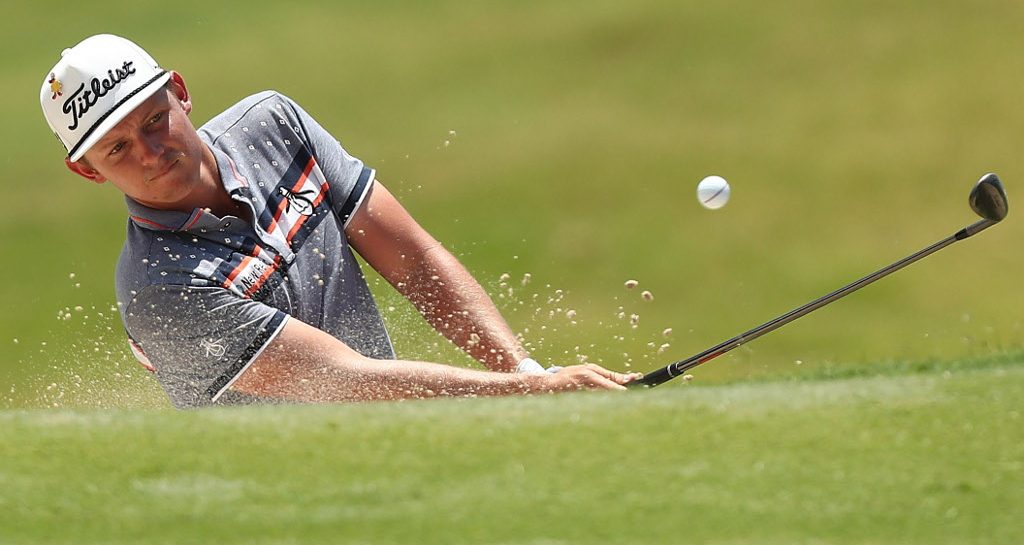 Defending champion Cameron Smith will take a three-shot lead into Sunday’s final round of the Australian PGA Championship on the Gold Coast.

Smith started the day at RACV Royal Pines Resort with a one-shot lead, and was able to extend it to three thanks to bogey-free, five-under-par 67.

Birdies at the fifth and ninth holes were followed by three more at the 12th, 13th and 16th as he took his total to 14 under par.

The Beach Club fans will enjoy that 🏖️

If Smith does manage to defend the title he first claimed last year, he will become the first man since Robert Allenby in 2001 to capture back-to-back Australian PGA titles.

“The last year I’ve been playing some really good golf,” said Smith. “Probably over the last three days has been some of the best golf I think I’ve played both mentally and pulling off the shots. I’m feeling really confident and looking forward to tomorrow.

“I did a really good job today when I was out of position, just taking less risks and putting myself into the centre of the greens and taking a par. It’s what you have to do around here.

“There’s plenty of birdie opportunities out there and that’s what you have to realise and I did a good job of that.”

That's how you do moving day 👏🏻

Smith leads by 3 heading into the final round. #AusPGA pic.twitter.com/lmamgqoyQU

Leishman stayed in the hunt with a three-under 69 to sit four shots clear of countryman Matthew Millar and 2017 champion Harold Varner III – meaning Sunday’s final round will in all likelihood be a two-horse race.

#AusPGA scores heading into the final round: