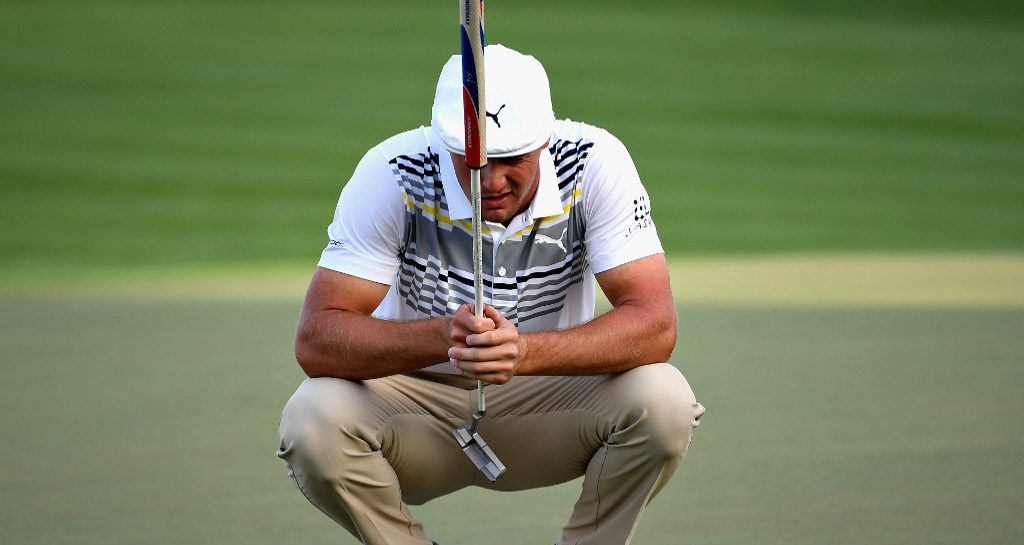 Considering the level of his recent success, it’s no surprise that Bryson DeChambeau’s attitude to the strong field assembled for the Saudi International is ‘bring it on’.

The American returns to action on the European Tour on Thursday, having captured his maiden title on the circuit at last week’s Dubai Desert Classic.

Amazing experience today at the top of the @burjalarab. Thank you to David Spencer and his team at Falcon Golf for arranging this for us! #mydubai #omegadubaidesertclassic #oddc2019

This time around, he is set to face an even stronger field, with current world No 1 Justin Rose headlining the all-star cast which also includes Brooks Koepka and Dustin Johnson.

DeChambeau is looking forward to the challenge and believes the Royal Greens Golf Club in King Abdullah Economic City will provide an excellent test.

“Winning on the European Tour for the first time was great – I’m pretty stoked about that,” said DeChambeau, “I obviously played good enough to win by seven which was really cool.

“I haven’t seen the course yet but from what I’ve heard, it favours big hitters. We have to hit some good iron shots in there on the right tiers. I think that’s going to be the challenge this week, hitting it to the right tiers of the greens, and all the top guys in the world right now are great ball‑strikers.

Koepka, too, is relishing the test, and is excited about facing fellow top five players like DeChambeau, Rose and Johnson.

“That’s what I’m here to do, week‑in, week‑out, to play against the best. It’s always fun to take your talents up against theirs and see where you match up.”