DeChambeau on the verge of maiden European Tour title in Dubai 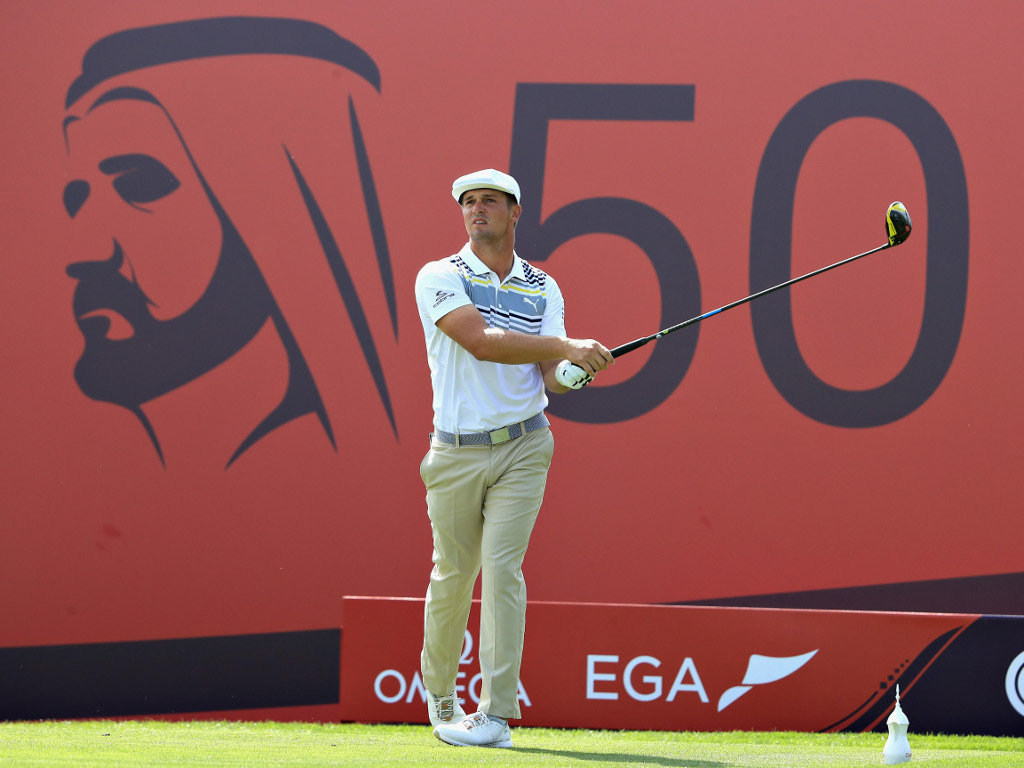 Bryson DeChambeau could soon add to his already bulging trophy cabinet after taking a one-shot lead at the Dubai Desert Classic on Saturday.

The 25-year-old California native made a big splash on the golfing scene last year by picking up four PGA Tour victories between June and November.

Now he finds himself 18 holes away from a maiden title in Europe after following up successive rounds of 66 with another well-played 68 in Saturday’s third round at Emirates Golf Club.

DeChambeau actually spent much of the day trailing the frontrunners after a less than stellar start.

Five straight pars were followed by a first birdie of the day at the sixth, but he soon found himself one over for his round after consecutive dropped shots at the seventh and eighth.

At that stage the World No 5 looked to be fading, but it didn’t take him long to once again show why he’s been such a force over the past year, picking up birdies at the ninth, 10th, 13th, 15th and 17th to overtake his rivals and finish the day on top on 16 under par.

“I can’t express to you how awesome it would be to win on the European Tour,” said DeChambeau.

“I’m still leading, obviously. It’s fantastic. I couldn’t be displeased with that but my expectation levels are for how I know I can perform, and I feel like I’m under-performing a little bit.

“I’m still in the lead, still got the job done. I made it happen when necessary and hopefully I can have one more of those days and maybe even a better-ball striking day.”

Lying one shot behind DeChambeau is China’s Li Haotong after carding a third straight 67.

Li bounced back from a bogey at 16 with two closing birdies to ensure he stayed within touch of the leader.

Think he likes it…. pic.twitter.com/h0XGMuWtw1

Tied for third a further two shots back are England’s Matt Wallace and South African veteran Ernie Els, who had rounds of 69 and 70 respectively.

Thorbjorn Olesen and Alvaro Quiros are among those in a share of fifth place on 12 under, while Tommy Fleetwood (68), Lee Westwood (69) and Sergio Garcia (70) are part of a seven-man group on 10 under, six shots back.