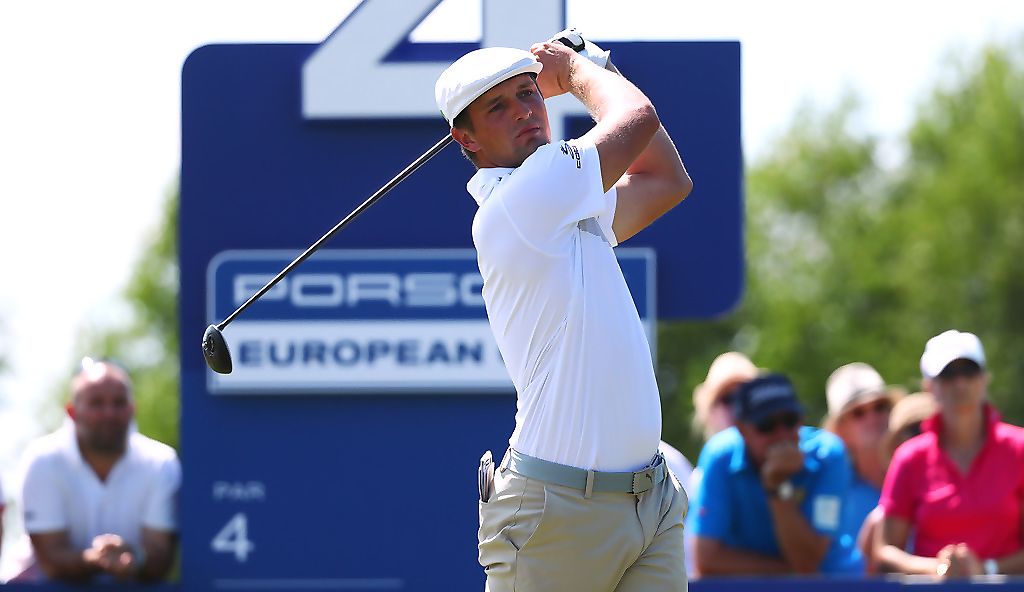 American Bryson DeChambeau takes a one-shot lead into the third round of the Porsche European Open, after firing a second round 68 for a 10-under-par total, to maintain his lead in Germany on Friday.

After setting the pace on Thursday, with a 66, at Green Eagle Golf Course, DeChambeau’s four under 68 puts him one-ahead of Englishman Richard McEvoy (65) and Austria’s Matthias Schwab (67).

Masters champion Patrick Reed (66) is two off the pace at eight under alongside France’s Romain Wattel (69) and Scotsman David Drysdale (67).

Frenchman Alexander Levy (68) and Wales’ Bradley Dredge (68) are three shots off the pace at seven under.

“It wasn’t my best form but I got it around, shot four under and I stay in the hunt. Just a little frustrating off the tee today, I thought I’d worked something out yesterday and it worked a little bit but I’ve got to go back to the range and work a little harder.

“I left a couple out there but also made a couple of key ones so it averaged out.”

Schwab looked very solid in his bogey-free 67, birdieing the 14th, 16th, and sinking 15-footer on the 17th kept him in contention a shot off the pace set by DeChambeau.

McEvoy, a shot off the pace, eagled the 18th and birdies the first, fifth, ninth, tenth, 11th and 15th, and a bogey on the sixth, in the lowest round of the week so far at 65 and a tie for second.