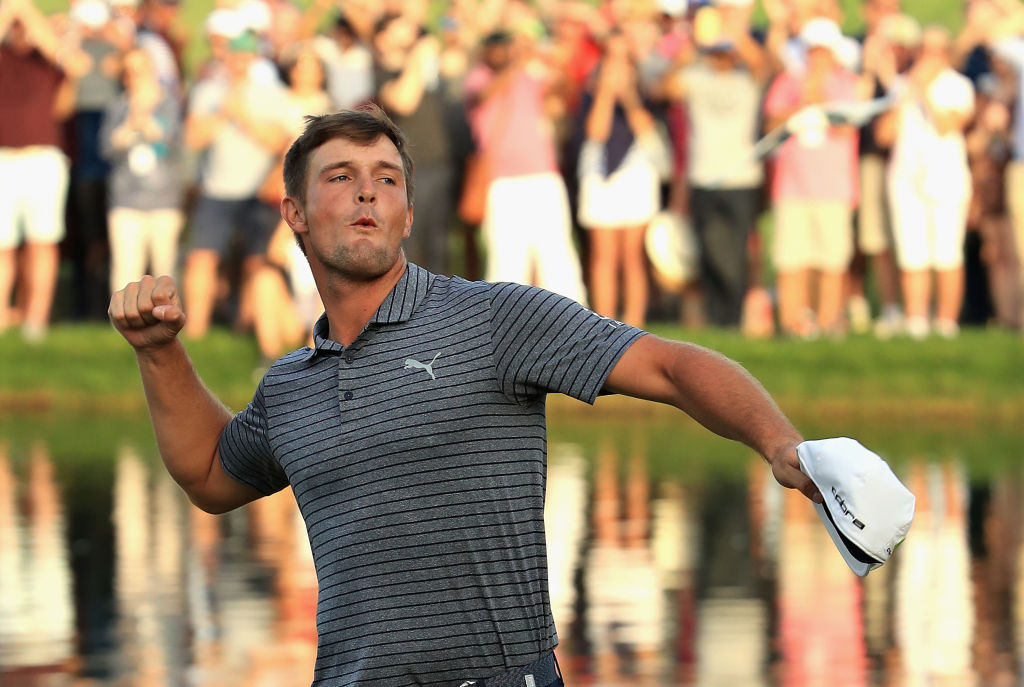 Bryson DeChambeau secured his first European Tour title, when he blew the field away at the Omega Dubai Desert Classic on Sunday.

DeChambeau, already a five-time winner in the PGA Tour, entered uncharted territory in the United Arab Emirates this week – abandoning the opportunity to compete at the more celebrated Torrey Pines.

The capacity – and will – of American golfers to adapt to foreign conditions is often questioned.

However, after the past 72 holes in Dubai there is absolutely no doubt about DeChambeau, who never shot higher that 68 the whole weekend.

The round of a champion 🏆

The two-time FedEx Cup playoff champion, motored to a 8-under 64 Sunday, to finish his campaign on a whopping 24-under-par.

That is a whopping seven strokes ahead of Englishman Matt Wallace, who finished alone in second. Wallace carded a perfectly respectable 4-under 68 for the final round. His campaign was the one with the best prospects of upsetting the apple cart during the final 18 holes.

However, Wallace just wasn’t able to gather the required momentum to challenge DeChambeau.

In fact, the bigger stars of the show on Sunday were compatriots Paul Waring and Ian Poulter.

Both jumped 23 positions up the leaderboard, to finish the weekend on 16-under-par.

They both carded rounds of 64 – but it was the proverbial case of far too little, too late.

Their prospects of winning this tournament on Sunday were simply unrealistic.

Former Masters champion Sergio Garcia also finished in a tie for third, alongside Waring and Poulter. The Spaniard carded a 66 for the final round, putting into harsh perspective just how far behind the eight ball the rest of this field was this week.

It was a Dechambeau demolition job.