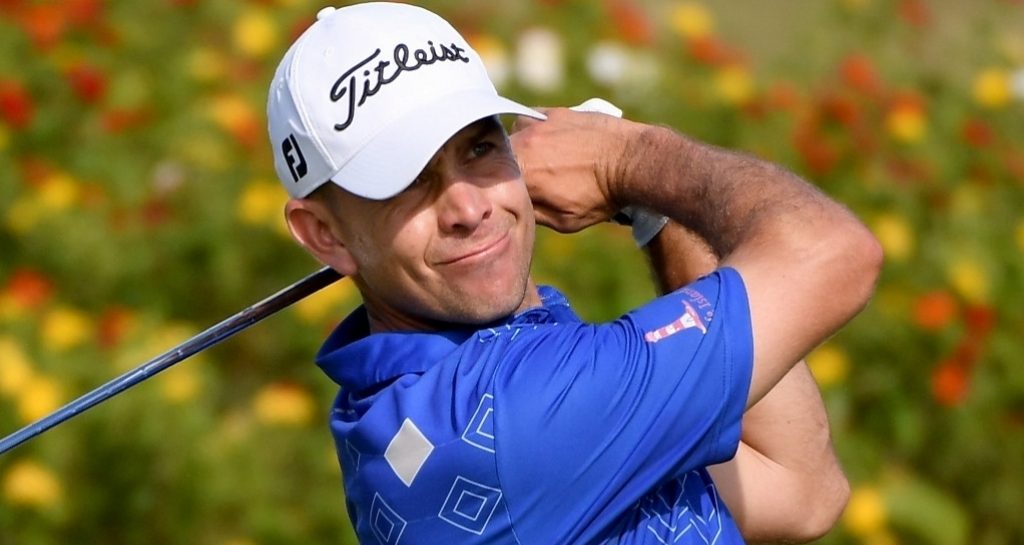 De Jager joined the man who led for two rounds, India’s Atwal, on a total of 13-under-par after firing a bogey-free four-under-par 67 at Heritage Golf Club in difficult gusting winds.

Atwal made sure of a place in Sunday's final group with a well-played 68.

The duo are one ahead of the looming threat posed by the in-form South African Dylan Frittelli and Miguel Tibuena of the Philippines.

“I’m very pleased with my efforts,” said De Jager, who last made a bogey on the 13th hole in the second round. “It was really tough out there today. The wind was very strong and there were some good pin positions, so I’m really pleased with the score.”

With the wind gusting as strongly as it was, the three-time Sunshine Tour winner certainly had cause to be pleased, as Atwal, who set a course-record 62 in the opening round, dropped shots on the fourth and the 18th to let De Jager join him in front of the field.

“It’s always a goal to keep bogeys off the card,” said De Jager. “You know you can hit good shots and still make bogey, so when there are none on the card, it’s really pleasing.

“I felt really composed. I was quite cool and calm out there. I didn’t hit the ball as well as the first two days but my short game really saved me today, and my putter really saved me inside the eight-foot range. I made a few crucial putts that really kept me in the tournament.”

Also still in the mix on 10 under, three shots off the pace, are Portugal's Jose Filipe-Lima, Romain Langasque of France and South African Justin Walters.