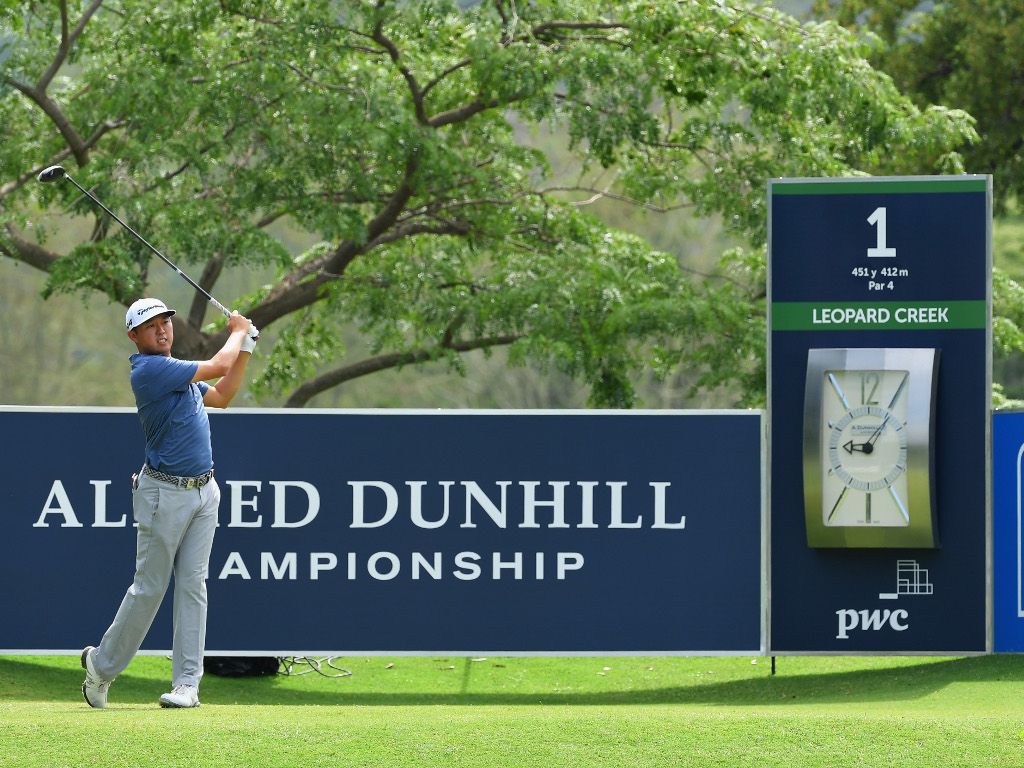 David Lipsky fired a bogey-free 66 to grab the second-round lead at the Alfred Dunhill Championship in South Africa.

The American took his total to eight under after picking up an eagle and four birdies at the picturesque Leopard Creek Country Club on the edge of the Kruger National Park.

“I’ve never been here,” he said. “I’ve always wanted to come here, I’ve heard great things from almost every player and it’s turned out to be a great week so far and I’ve just enjoyed the scenery.

“I played really well. I actually didn’t hit it that great today but my putting and chipping was amazing. I got the job done and tied it up and I’m looking forward to the weekend.

“Distance off the tee has improved, a combination of things, the strength coach I have been working with and a new swing coach as well. I’ve been really retuning my game and it looks like it’s paying off.”

Lipsky, whose only previous European Tour victory came at the Omega European Masters in 2014, leads a quartet of Scots tied for second and fourth place.

Scott Jamieson and Marc Warren lie a shot behind Lipsky after rounds of 66 and 67 respectively, while two more Scots, Doug McGuigan (66) and David Drysdale (69), follow a further stroke behind.

Jamieson has two top-fives in this event, and clearly enjoys the Leopard Creek layout, while McGuigan played his first seven holes in two over but made seven birdies on the back nine to record the lowest nine holes of the season.

Overnight leader Oliver Bekker follows in a six-way tie on five under after following up his opening 66 with a much more sedate 73.

Els rose 36 places up the leaderboard after a well-played 67, while Oosthuizen also played his way into contention thanks to a 69.