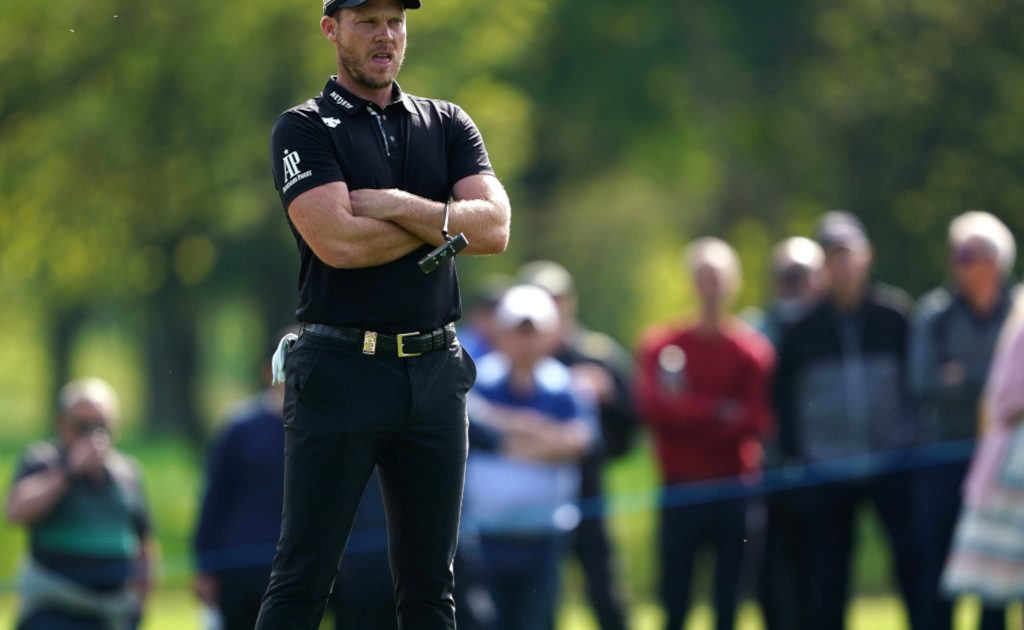 Tournament host Danny Willett has designs on presenting the trophy to himself after surging into contention for the Betfred British Masters at The Belfry.

Willett was three over par after 12 holes of his first round and feared making an early exit from the event before having to return on Sunday evening to hand the silverware to the winner.

Two late birdies meant the former Masters champion eventually signed for an opening 73 and he carried on where he left off on Friday, making eight more birdies and a sole bogey on the ninth, his final hole of the day.

“Today felt like myself (playing), yesterday felt like my brother,” joked Willett, whose 65 gave him a total of six under par, three shots behind halfway leader Hurly Long.

“I wasn’t quite expecting that. I giggled to myself, I think we were 99th on the 16th green last night and then looked up there today and we were fifth. It’s a pretty decent effort.”

It was a doubly impressive performance from Willett given his numerous hosting duties, with last year proving far easier due to the absence of spectators because of coronavirus restrictions.

“I didn’t have to do anything last year apart from a lot of Zoom calls,” Willett added. “I had a lot of spare time last year, no one here for pictures and that sort of stuff and I think it does make a difference

“I found myself pretty tired Wednesday night, Thursday morning and then that five hours on the golf course is the time when you’re in your own little box, kind of the quiet place this week.

“It would be amazing to win the British Masters regardless of whether you’re hosting or not. It’s a big event, there’s been some great winners, some great hosts.

“But to be able to pass myself the trophy would be a pretty cool experience. There’s still a long way to go but we can all hope and dream.

“It’s a nice feeling to be here for the weekend and play in front of family and friends and for probably 26, 27,000 people to be coming in the gates over the weekend is going to feel fantastic around this place.”

Long started his second round from the 10th with a run of nine straight pars but then birdied five of his next six holes and was two shots clear of the field until a bogey on the ninth, his final hole of the day.

The resulting 68 left the 26-year-old on nine under par and a shot ahead of Scotland’s Richie Ramsay and Denmark’s Thorbjorn Olesen, with another Dane, Rasmus Hojgaard, a stroke further back.

Long is in his rookie season on the DP World Tour but finished third and second in back-to-back starts earlier this year and believes that experience will stand him in good stead over the weekend.

“I think that’s certainly going to help me,” said Long, who was born in Heidelberg to an American father (Tom, a golf professional) and a German mother.

“I’ve been in this situation before. I’m really looking forward to it, there’s a lot of good players near the top of the leaderboard so it should be a good test and a lot of fun.”

Ramsay added a bogey-free second round of 69 to his opening 67 and has dropped just one shot in the first 36 holes after benefitting from a pep talk from long-time coach and confidant, Ian Rae, on Tuesday.

“He was saying to just remember what a good player I am,” Ramsay said. “I know where I want to get to in the next two years, and I feel that if I can get to the end of next year, I’m going to be free to do anything I want.”

Asked if that was hinting at a life away from golf, the former US Amateur champion added: “You just realise you don’t have all the time in the world.

“And, as much as golf is important, there are other things in life that are more important to me. You’ve just got to be your best every day. If that’s not enough, I can walk away with my head held high.”