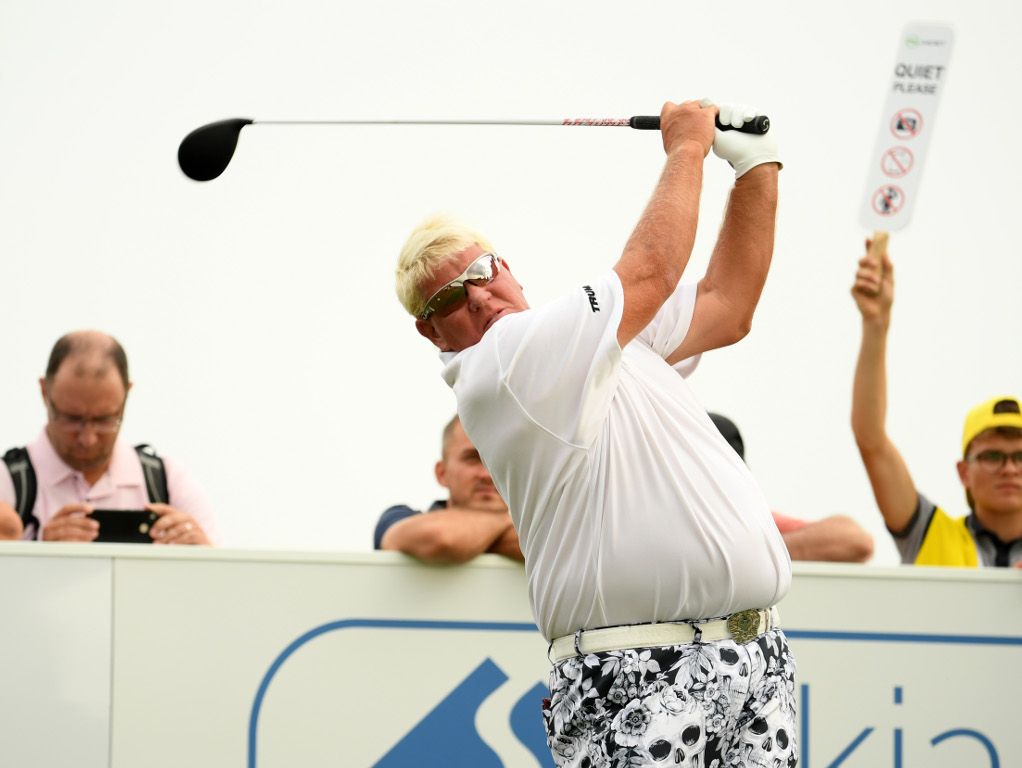 Veteran John Daly and Thomas Pieters are part of a four way tie at the top of a congested leaderboard after the opening round of the Czech Masters on Thursday.

The American’s eight under 64 around the benign Albatross Golf Course in Prague was his best round on the European Tour since 2009.

Joining Daly on a course record eight under are Pieters, Callum Tarren and Malaysian star Gavin Green on a day where soft greens and little rough made for low scoring. No less than 110 of the 156 strong field shot par or better.

Daly’s bogey-free round saw him saw him make the turn in five under before draining back-to-back bideis to go to seven under. On the last, a superb approach left him a six foot putt for a share of the lead.

“It’s been one of those years where I’ve been hitting it really good, I’ve just been injured and having to pull out,” the 52-year-old told europeantour.com.

“I don’t feel great but I got around today and I just played solid golf and it’s great. It feels good.

“It was just one of those days where the yardages into the greens were so perfect it made it a little easier. It was a very comfortable swinging round today and if I can do that every day, the injuries don’t tend to hurt as much.”

A host of players, including Lee Slattery and Nacho Elvira are one stroke back on seven under, while, three-time major champion Padraig Harrington is tied for tenth, two shots off the pace.