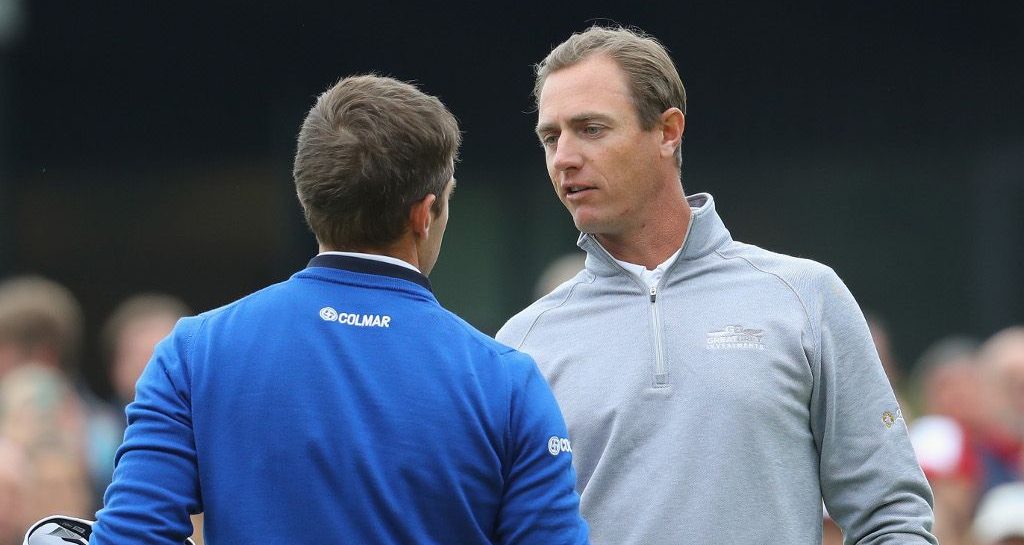 Nicolas Colsaerts continued to shine on home soil as he advanced to the quarter-finals of the inaugural Belgian Knockout.

After two days of regular stroke play saw the 144-man field reduced to 64, the innovative new European Tour event switched to a nine-hole stroke play knockout for three rounds of competition on Saturday.

By the end of the day’s play, the 64 competitors had been reduced to just eight, who will march on to Sunday when the format switches again – this time to match play knockout.

Colsaerts was five shots off the lead after the opening two days of competition but got the better of Richie Ramsay, Lorenzo Gagli and Joachim B Hansen in front of a vociferous home crowd on Saturday.

That earned him a place in the quarter-finals where he will take on England’s James Heath.

Other last-eight matches will see Mike Lorenzo-Vera face Benjamin Hebert in an all-French clash, while another Frenchman in Victor Perez will take on Scotland’s David Drysdale.

While there were four Belgians still involved at the start of the day, the elimination of Thomas Pieters, Thomas Detry and Christopher Mivis on Saturday left Colsaerts as the only local lad still standing.

The last eight are confirmed.

“I’m enjoying this a lot,” said Colsaerts. “It’s pretty cool when you play well in front of home crowds like this. A lot of people have turned up. You can feel the good vibe and when you pull it off, it’s actually quite a cool feeling.

“Everybody’s smiling, everybody’s having a good time. There was a couple of waves on 16 and 18 when I walked on to the green.”