Christiaan Bezuidenhout in command as Valderrama bares its teeth 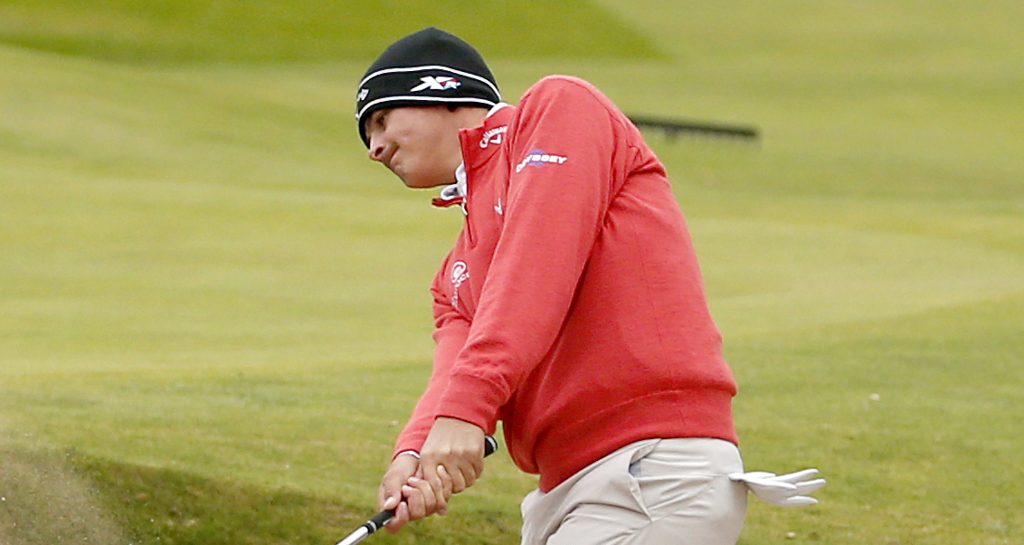 Christiaan Bezuidenhout holds a four-shot lead over a trio of Spaniards – defending champion Sergio Garcia included – at the Andalucia Masters.

Fresh from his third place finish at last week’s BMW International Open, Bezuidenhout followed up his opening 66 with another rock-solid three-under-par 68 in challenging conditions to take his total to eight under par.

With Valderrama not feeling particularly forgiving on Friday thanks to firmer greens and higher winds, the young South African’s total would turn out to be too hot for anyone else in the field to handle.

“First of all I just kept it in play really nicely,” he said. “That’s the key thing here, hitting fairways. I was driving it really well. On a course like this you can score well if you hit the fairways but if you don’t you can really struggle.

“I prefer the tougher conditions. It’s tough for everyone, the wind is getting quite a bit stronger, you just have to face it.

“It’s going to be tough – it’s tough without wind – so I’m just hoping to do the same, hit fairways and greens, give myself chances and see where I finish up.”

Like Bezuidenhout, Garcia started the day one shot off the lead, but the two-time defending champion wasn’t able to replicate his sparkling form from the day before, mixing three birdies with four dropped shots on the way to a one-over-par 72.

That left Garcia four shots back in a tie for second place alongside Welshman Bradley Dredge and two of his countrymen – seven-time European Tour winner Alvaro Quiros (68) and up-and-coming rookie Adri Arnaus (70).

Overnight leader Victor Perez, meanwhile, went from an opening 65 to a 74 on Friday as he dropped down in a tie for fifth alongside the likes of George Coetzee, Mikko Korhonen and Gaganjeet Bhullar.