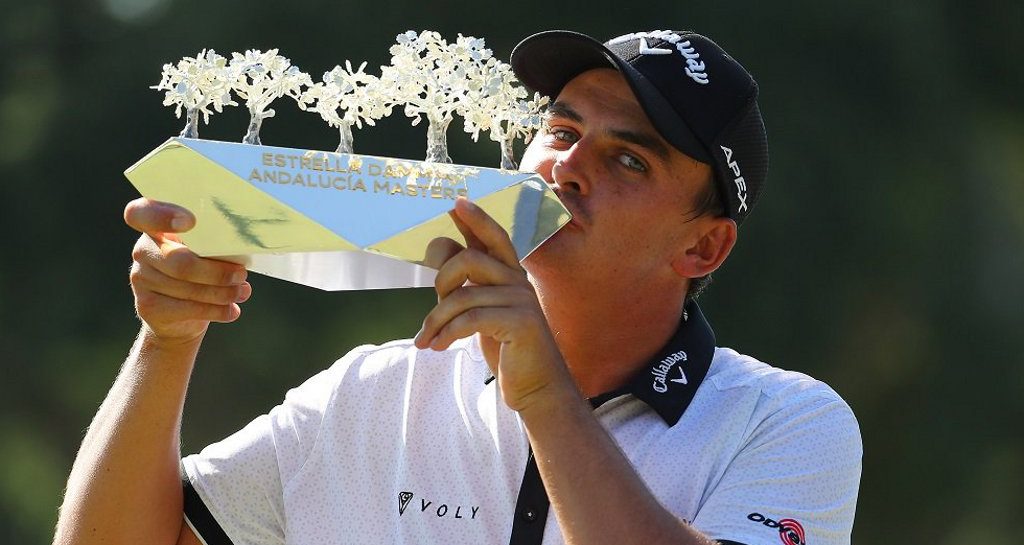 Christiaan Bezuidenhout cruised to his maiden European Tour victory at the Andalucia Masters on Sunday.

The South African carded a final round even par 71 around the beautiful Valderrama, enough for a six shot win over the chasing pack. With the win, Bezuidenhout books himself a spot at the upcoming Open Championship at Royal Portrush, which will be his major debut.

Bezuidenhout started the day with a five shot lead over a charging Jon Rahm, who was eager to impress in front of his home crowd in Spain. Bezuidenhout was quick out the blocks, making two gain on his opening two holes, but then the wheels came off somewhat.

Putts began to slide past the hole and Bezuidenhout was teetering with disaster after dropping four shots in his next five holes. He stopped the rot on the ninth with a superb approach to eight feet, after which he rolled in a birdie. At the turn, playing partner Rahm was three adrift and playing brave golf to keep in touch.

But Bezuidenhout found his touch again, rolling in another eight footer for birdie on the tenth and taking advantage of the par five 11th for another gain. Meanwhile, Rahm’s chances slipped with a bogey on the tenth and double on the 12th.

Bezuidenhout dropped two shots on the way home but was far enough out in front to cruise to a comfortable win. After the final putt on the 18th, Bezuidenhout was reduced to tears, surrounded by family and the champagne celebration.

“I’m proud of myself hanging in there today,” the 25-year-old told europeantour.com.

“I had a tough stretch in the middle of my round from five to seven there. I made a great save on eight which just kept the momentum on my side and I bounced back with three birdies in a row. That just settled me down nicely, I just had to keep on hitting greens and the rest will take care of itself.

“I was nervous. It’s a tough golf course, anything can happen, especially those last three holes playing into the wind. I’m really pleased with the way I played and to finish it off is unbelievable.”