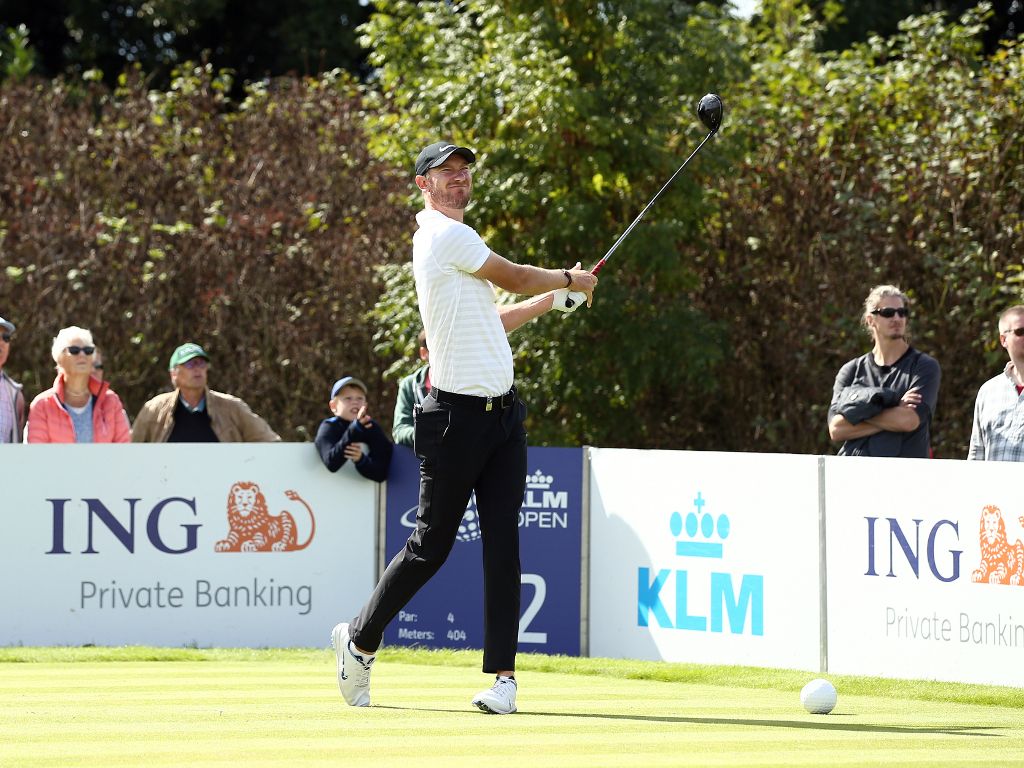 An impressive birdie at the 18th saw Chris Wood sign for a superb 65 and grab a one-shot lead heading into the final round of the KLM Open.

The Englishman looked set to share the lead with several others before moving one clear right at the end of day.

A bogey at the second was soon forgotten as he picked up seven birdies in his last 13 holes for a well-played 6-under-par 65 and a 13-under-par total.

We have a new leader.

Chris Wood will be in the final group on Sunday. #KLMOpen pic.twitter.com/k3iLliTQxX

That left him one stroke clear of three others – Japan’s Hideto Tanihara, China’s Wu Ashun and countryman Jonathan Thomson.

Tanihara rose 19 places up the leaderboard courtesy of a scintillating 8-under 63, while overnight leader Wu stayed in the hunt with a 71 and Thomson gave himself a shot at victory with a 68.

Another Englishman, Richard McEvoy, follows on 11 under after a well-played 64, while Padraig Harrington (65) and David Drysdale (69) are well in the hunt on 10 under, just three shots back.

Sharing eight place a further shot adrift are Thomas Detry and Andy Sullivan, while Jordan Smith (68) and Li Haotong (71) can’t be ruled out either on eight under, five back.

Even the eight-man group on seven under, which included the likes of Bradley Dredge, Andrea Pavan and Benjamin Hebert, are still in with a shot heading into Sunday’s final round in what is a very tightly packed leaderboard.