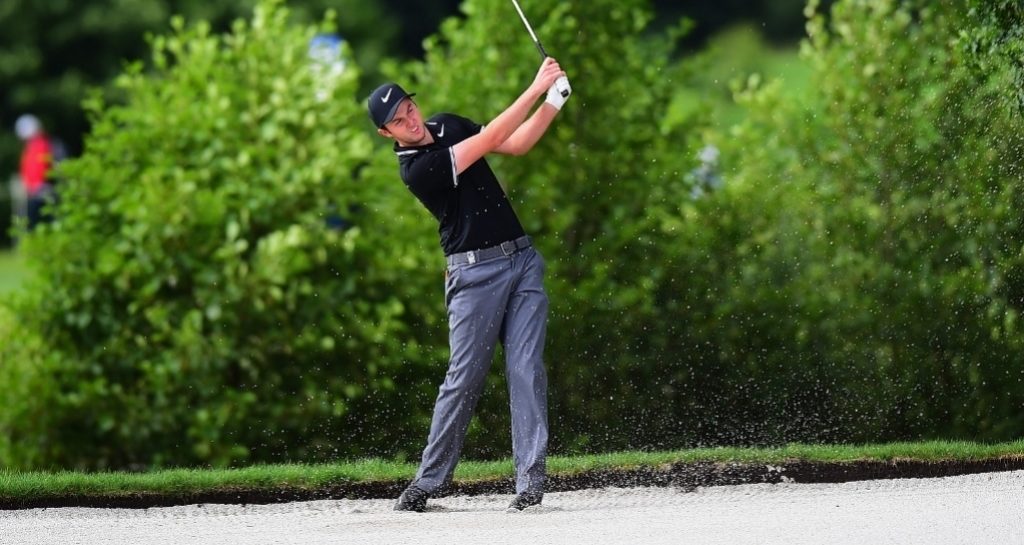 Englishman Ashley Chesters held the clubhouse lead at the rain-delayed Porsche European Open before play was suspended due to bad light.

Almost four hours of play was lost on Friday afternoon due to a waterlogged course, following a second heavy downpour.

Chesters was one of the early starters, and was already four under through 13 holes of his second round when play was halted.

He returned later in the day, picking up another shot to card a five-under-par 67 and take his total to nine under for the tournament.

Chipping in and flag hunting 🎯

It's the best 5 shots of the day. pic.twitter.com/PfTYg6OMbp

"I definitely didn't hit it as well off the tee today but the putting made up for a lot so that was nice," Chesters said after his round.

"I didn't even realise I had gone bogey free today, it didn't really come into my head on the way around so, it's always nice to keep the bogeys off the card – it's the easiest way to get a good score.

That left him one stroke clear of Bangladesh's Siddikur Rahman, who was also able to reach the clubhouse after a sterling 66.

"I am so happy, especially today because my short game was very good," said Rahman.

"I holed many long putts today and that’s why I played so good and managed to make a better score.

"I am playing quite good, I'm doing everything I'm supposed to do and I think everything is coming smoothly."

Joining Rahman on eight under were Alexander Levy, Stuart Manley and overnight leader Richard McEvoy, who will all need to return on Saturday morning in order to complete their second rounds.

Englishman Jordan Smith shot a 67 to lie on seven under, two back, alongside Jens Fahbring, who still has three holes of his second round to play.

American Julian Suri, who shared the lead with McEvoy overnight, finds himself three back in a large group on six under after signing for a level-par 72.