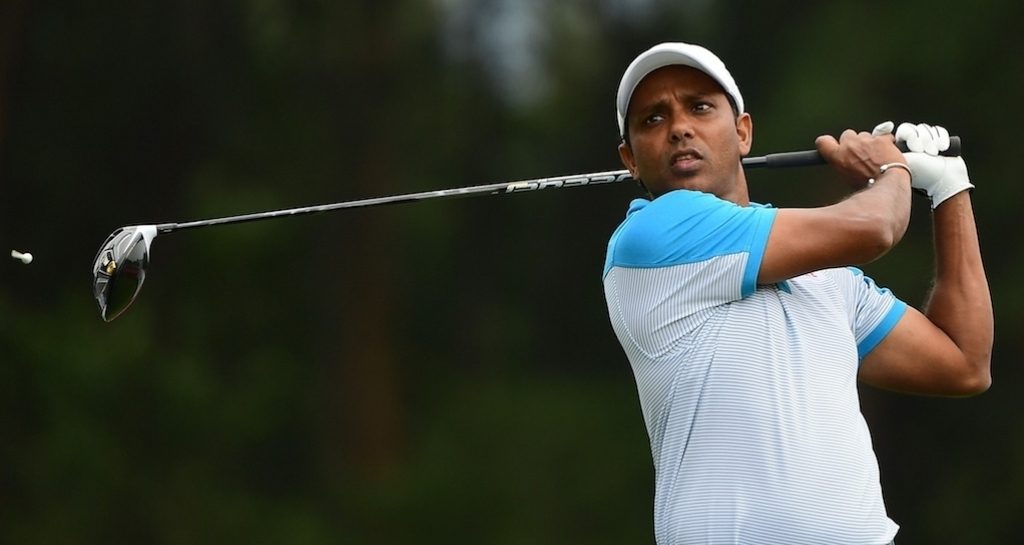 SSP Chawrasia will take a two-shot lead into the weekend at the UBS Hong Kong Open after carding a second-round 66 in Fanling.

Chawrasia entered Friday with a one-shot lead, and with tricky conditions once again making it difficult for the early starters, he was able to extend his advantage to as much as five shots at one point as the wind quietened down in the afternoon.

However, he slipped back to nine-under-par after three-putting the 14th, while South African Thomas Aiken was able to make inroads and cut down the sizeable deficit.

While everyone else struggles, SSP just keeps rolling.

Aiken signed for a 64 to make himself the Indian’s closest challenger as moving day approaches.

"It's a great round today," said Chawrasia. "I was five under at one time and then three-putted number 14 but, still, it's a good score four under – I'm happy.

"Obviously I'm under pressure a little bit, pressure is always tough so I can manage, hopefully, the next two days."

Tommy Fleetwood secured the 2017 Race to Dubai title last week in Dubai and he was in touch in the first event of the new season, signing for a 68 to sit in the big group at four-under.