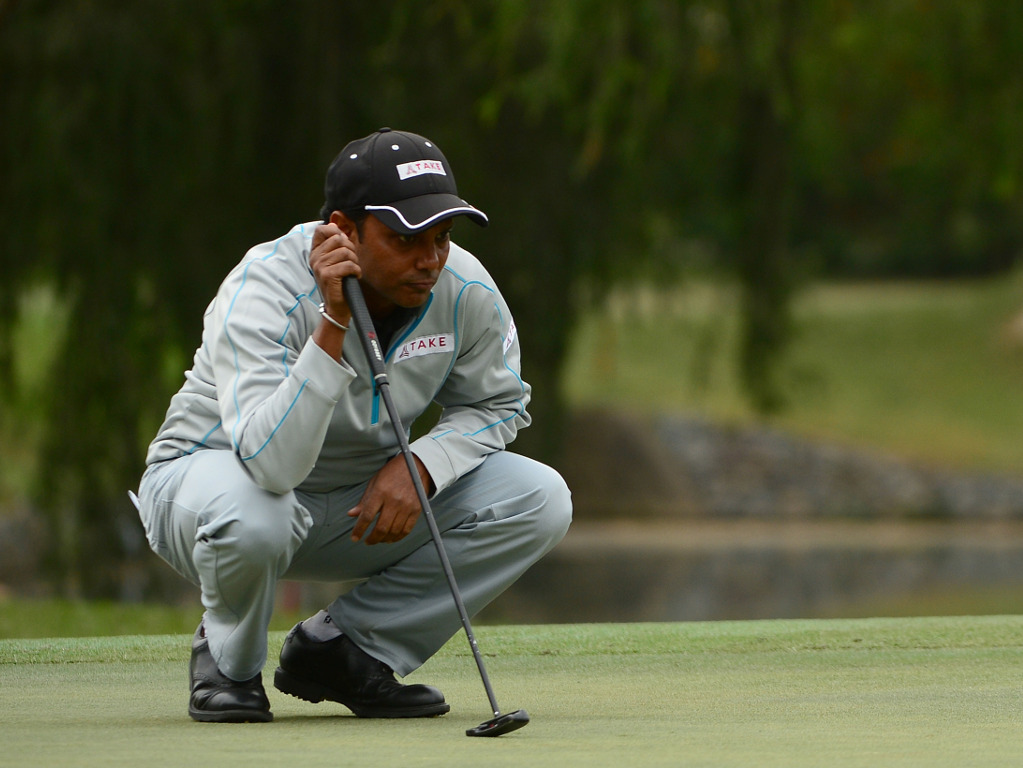 SSP Chawrasia, who has lead from the first round, has a one stroke lead as the UBS Hong Kong Open enters the final day on Sunday.

The Indian star signed for a one under 69 at the Hong Kong Golf Club in Fanling to move him to ten under for the tournament, enough for a one shot lead over Spain’s Rafa Cabrera Bello and Wade Ormsby from Australia.

It was slow going for Chawrasia, who was even at the turn after a bogey on the ninth, allowing the chasing pack to catch up.

He then looked like he was going to slip further back on the par five 13th after his driver found the trees, but Chawrasia recovered well to go up-and-down from a greenside bunker for a birdie that would give him the lead.

Did You Know: Sergio Garcia (Dubai) and Matt Wallace (Portugal) are the only players to win wire-to-wire (no ties) on the European Tour in 2017.

"I'm missing a couple of putts but still one under, I'm happy," said the 39-year-old, who is yet to win on the European Tour outside of India.

"Still one more round so I'm looking forward to tomorrow.

"It's a little bit of added pressure but I can manage that a little bit. That's why sometimes I think I'm missing a couple of putts but I will think tomorrow, 'I can do something'.

"If I feel nervous the other players also will be nervous but I'm okay. I'm playing many times in the same conditions so I'm all right."

Further down the leaderboard, Race to Dubai winner Tommy Fleetwood is still in touch after a 66 and is eight under with Thomas Detry of Belgium and Sweden’s Alex Bjork.