Callum Shinkwin joins Julian Suri at the top in India 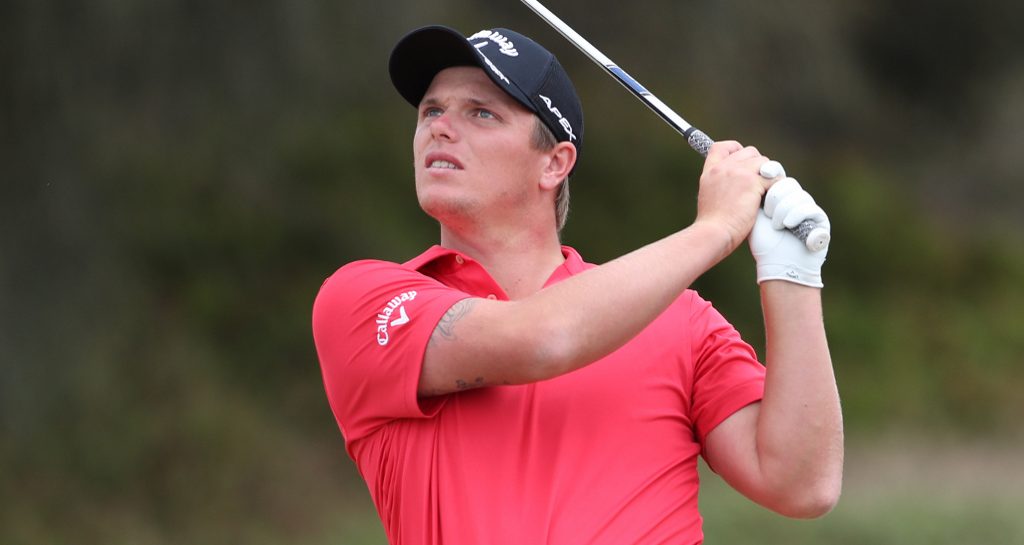 England’s Callum Shinkwin and American Julian Suri hold a two-shot lead heading into the final round of the Hero Indian Open in New Delhi.

Shinkwin will be gunning for his first European Tour title, after he came close but lost in a playoff to Rafa Cabrera Bello at the Scottish Open in 2017, while Suri will look to bag his second title after winning the Made in Denmark two years ago.

Suri held the sole lead overnight and managed to hold on to at least a share of it after firing a one-under-par 71 on Saturday at the challenging DLF Golf and Country Club.

He looked set to take a two-shot lead or better into the final round but put his tee shot on the last into a hazard and found two terrible lies to record a double bogey seven and fall back into a share of the lead.

Earlier, Shinkwin had set the clubhouse target on 11 under par after following up his 65 on Friday with another impressive 68, which included five birdies and a lone bogey.

His mark ultimately proved good enough for the lead after Suri’s mishap at the 18th.

The duo are two strokes clear of Japan’s Masahiro Kawamura, who still managed to shoot 68 despite a triple bogey on the eighth, and a further shot ahead of Scotland’s Stephen Gallacher, who signed for a 67.

For Shinkwin, who lost his tour card last season and is only playing on an invite this week, tomorrow’s final round offers an opportunity to regain his footing on the European Tour.

“I lost my card last year by a couple of spots so I know I can get it back if I play well so I just have to trust what I can do and let it happen,” he said.

“I just want to play as well as I can, if I do win that’s great, if I don’t then I know my time will come soon.”