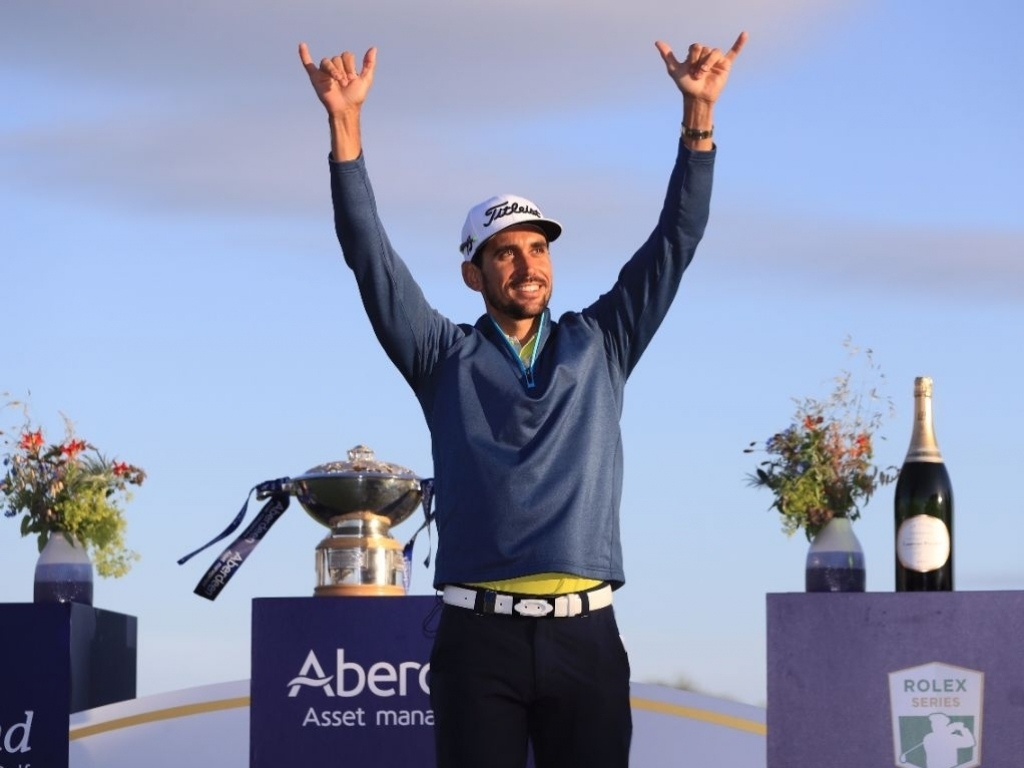 Rafael Cabrera Bello ended a five-year wait for a European Tour win after holding his nerve to beat Callum Shinkwin in the Scottish Open play-off.

England’s Shinkwin was on course for his first tour win and the £900,000 prize cheque, but fluffed his chip to the 18th and couldn’t sink his subsequent putt.

That saw Shinkwin and Cabrera Bello return to the 18th for a sudden-death play-off and the latter’s stunning approach set up a two-putt birdie.

Shinkwin again hit a nervy putt and it was the Spaniard who claimed the title after earlier setting a new course record at Dundonald Links with a 64.

“I have been fighting for this win for many years,” said Cabrera Bello.

“Sometimes I did mistakes, sometimes it didn’t work out for me. This is unbelievable.”

Cabrera Bello was four shots off the lead at the start of the day, but he was able to pile the pressure on Shinkwin with birdies on 12, 14, 17 and 18.

That challenge eventually took its toll on Shinkwin, who critically dropped his only shot of the day on the 18th.

"Under the gun, I didn’t miss a shot until the last hole,” said Shinkwin.

"I learnt I can compete with the best.”

The consolation for Shinkwin is that he has earned a spot at next week’s Open Championship.