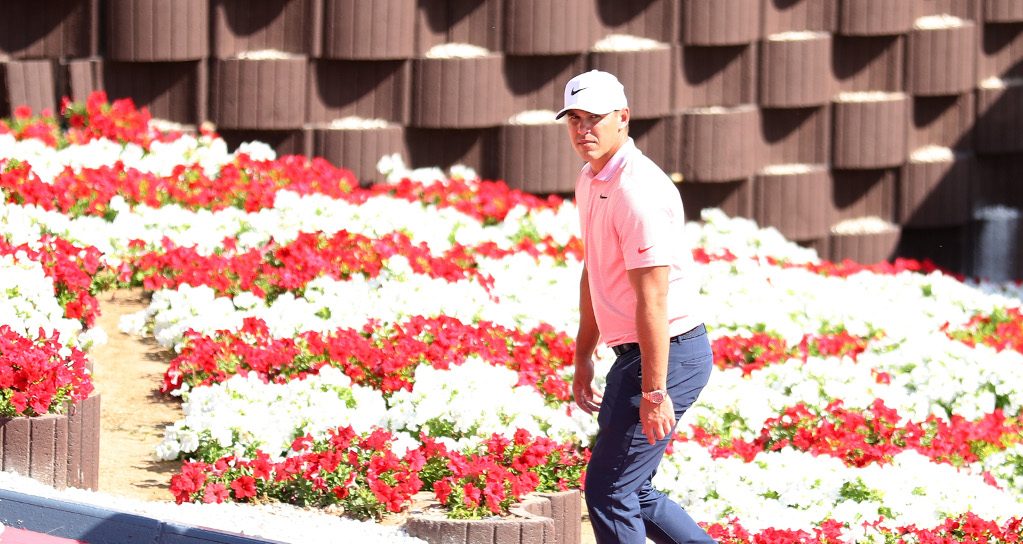 Brooks Koepka will have another chance to return to the top of the world rankings at this week’s Abu Dhabi HSBC Championship, and he admits it’s one of his goals.

Koepka and current World No 1 Justin Rose have been engaged in a see-saw battle for the top spot for the last several months, with the ranking constantly changing based on their performances from week to week.

To date, neither player has been able to make the ranking their own for any length of time, but Koepka admits he’d love to be the one to do it and enjoy a sustained period at the top of the pile.

“I’m thinking about it. It’s always nice to be the best in the world at something,” said the 28-year-old.

Since September 10, the World No 1 spot has changed hands eight times, with Rose holding the top position four times for a combined six weeks and Koepka three times for nine weeks.

It doesn’t necessarily bring any added pressure for Koepka, but it certainly is the kind of thing you tend to keep an eye on.

“You try to play your best and be on top, but there’s no extra added pressure or anything like that,” he added.

“If I do what I’m supposed to do, I’ll be just fine and get back up on the top.”

Koepka missed the early part of last year with a wrist injury, but then captured two further major titles to add to the first one he claimed in 2017.

While that’s a wildly successful record for any player, Koepka said he only achieved about half of his goals for the year! Heaven forbid he should achieve all of them.

“I always set goals every year. I think that’s a big part of it and obviously this year, No 1 was pretty clear… to stay healthy,” said Koepka.

“I wrote a bunch of different goals down. I think I did about half of them last year. I will just try to improve on that and make sure I can knock a few more off that list.

“I wanted to make sure I made all the cuts. I missed one cut. I didn’t finish inside the top-10 half the time. Wasn’t healthy, and that’s a big one. And then, obviously win a major and win multiple times on the Tour, I knocked those off.”