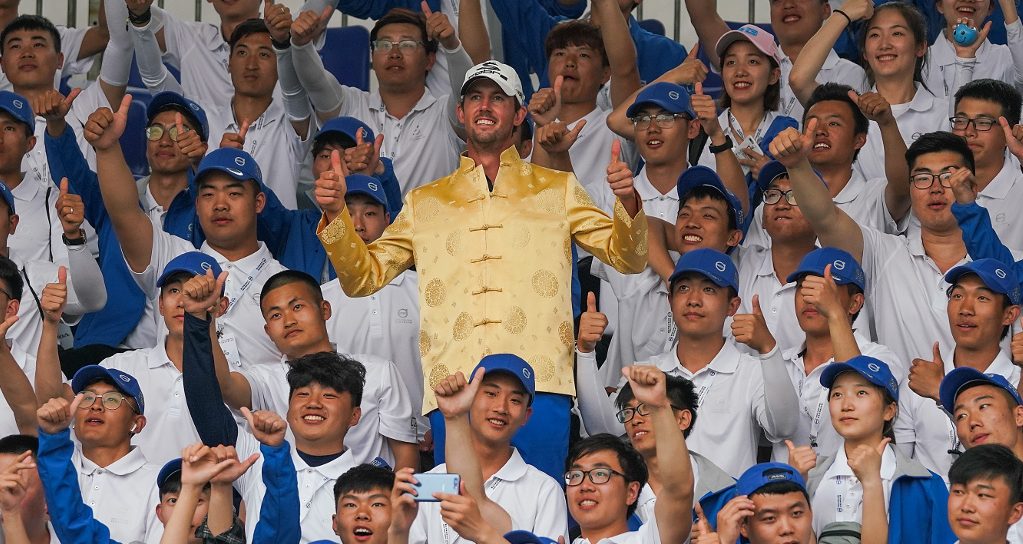 Alexander Bjork secured his maiden European Tour title at the Volvo China Open on Sunday with a superb closing round of 65 for a one stroke victory.

The 27-year old Swede started the final round at Beijing’s Topwin Golf and Country Club a shot off the lead, but came out on top finishing on 18-under par after a thrilling day which saw the lead change hands several times.

England’s Jordan Smith set the early clubhouse pace at 16 under following an eight birdie 64, but he was eventually overhauled when Bjork birdied the 12th before further birdies at the 15th and 17th holes gave him an unassailable lead.

Spanish duo Jorge Campillo and Adrian Otaegui briefly threatened to join Bjork, but Otaegui’s challenge petered out at the 17th when he three-putted for bogey.

That left the Spaniard and Matt Wallace needing eagles on the last to force a play-off, but Otaegui could only manage birdie as he secured second place.

Campillo ended up in joint third place on 16 under alongside Smith and Wallace.

Defending champion Alexander Levy of France birdied the last for a 69 as he finished six shots off the lead.