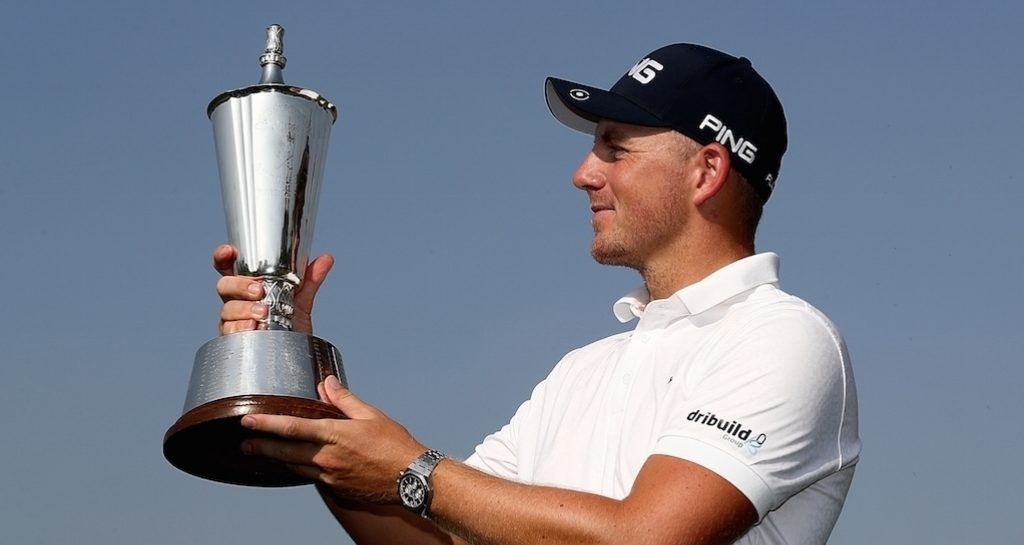 Matt Wallace showed his mental on Sunday as he edged Andrew Johnston in a tense play-off to lift the Indian Open.

Wallace closed with a fearless four-under-par-68 (his lowest score of the week) to get to 11-under-par for the tournament.

However, countryman Andrew Johnston was quite sublime too. The man known by many as ‘Beef’ finished his week with a flawless 66 that contained six birdies and no bogeys to get to the same score as Wallace.

The top five shots from the #HIO2018. pic.twitter.com/7BFTpZmf0Z

That meant a play-off was required to separate the two Britons.

A birdie on the first play-off hole trumped Johnston’s par and so Wallace became a two-time European Tour winner.

"Ever since being three over through eight at the start of the week I've played some of the best golf of my life and to do it in that style at the end there capped it off.

"Beef really had a great round today because I was playing fantastic and thought I might have been a few more clear.

"I hit some really good shots and that play-off: I pumped it down there on the last and it went a long way and then a four iron went even further than I thought it would so I was jacked up a bit. To hit two shots like that is exactly why I play the game.

"With the people that were coming up behind me, there were some real class players.

"Beef's putt on the last should have gone in and it's just my day today."

There was considerable distance between Johnston and Wallace and the rest of the chasing pack. Sihwan Kim finished third at eight-under-par while Pablo Larrazabal and Matthias Schwab were tied for fourth at seven-under-par.