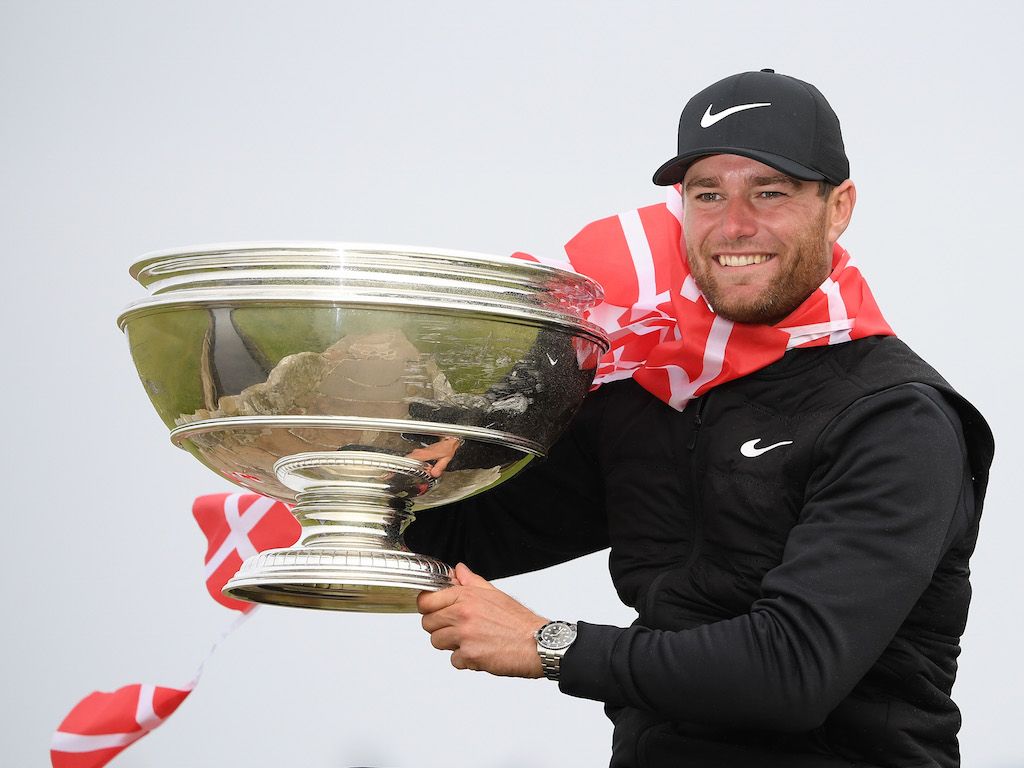 Lucas Bjerregaard returned a 67 at St Andrews on Sunday to seal his second European Tour title, coming from behind to beat the likes of Tyrrell Hatton and Tommy Fleetwood.

Four shots off the pace before play on Sunday, Bjerregaard began his final round at the 18th on the Old Course under the “Shotgun Start” system and made the first of six birdies.

He was six adrift with 12 holes to play but when he rolled in a birdie putt from the edge of the 16th green he was two clear.

Not even a dropped shot at his final hole, the infamous Road Hole 17th, could deny him the title.

“I’m getting a little emotional,” he said afterwards.

“It’s been a great year and now it’s just a whole lot better.

“It didn’t really look like I was ever in it today, it looked like Tyrrell was going to take off with it. I was trucking away at it.

So happy for you @LBjerregaard!! It takes a good player to win the #DunhillLinks 😉🇩🇰 https://t.co/hR5NSOco7y

“I’ve been playing well for a little while and I played really well today and I’m really pleased that it was enough.”

The animated Hatton cut a frustrated figure when his final round was over.

Seeking a third successive win in the event, he was one ahead going into the final round.

However, he bogeyed four of the last nine holes for a level par 72 and a 14 under total alongside Fleetwood.