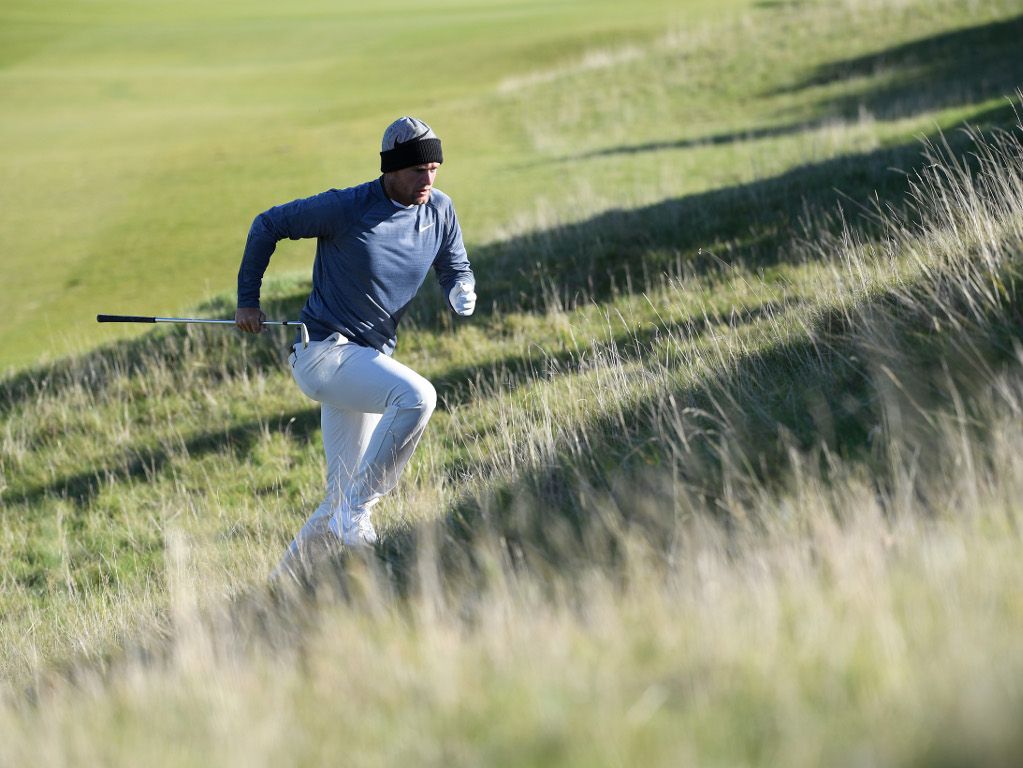 A closing birdie late in the day saw Andrea Pavan grab a share of the second-round lead with Lucas Bjerregaard at the Alfred Dunhill Links Championship.

The annual European Tour event is played over three famous Scottish courses – Carnoustie, St. Andrews’ Old Course and Kingsbarns – with the players taking turns to play each course once before they all congregate at St. Andrews for Sunday’s final round. The pros are also paired with friends, family and celebrities for the pro-am portion of the competition.

Bjerregaard and Pavan both played Kingsbarns on Friday and made the most of the wind-free conditions on offer.

The Dane set the clubhouse target at nine under earlier in the day thanks a seven-under-par 65, before Pavan joined him late in the afternoon after a spectacular 63.

Bjerregaard has shown some encouraging form over the past few weeks, notching up four straight top 20 finishes, and he once again looked in good nick as he rattled off seven birdies in his bogey-free round.

“I played solid,” he said. “I didn’t have to fight for my par too much out there. I got off to a good start, birdied the first and the third, it was very good. We had an enjoyable day.

“We had absolutely no wind this morning, it was ideal. It was nice to get off to a fast start because you know around here when there’s not much, you have to post a few birdies.”

Pavan, meanwhile, is coming off his maiden European Tour victory at the Czech Masters in August.

The in-form Italian made three birdies on the front nine before picking up four straight after the turn, adding two more for good measure over the closing stretch.

Joint-low round of the week ✔️
Share of the lead ✔️

Lying just one shot back in a tie for third, however, is Ryder Cup star Tyrrell Hatton, after a superb 66 at St. Andrews.

The Englishman is chasing a third straight Dunhill Links title this week, and really seems to enjoy the unusual challenge the tournament provides.

He shares third place with Austria’s Matthias Schwab and Australian Marcus Fraser, while England’s Ashley Chesters and Finn Mikko Ilonen follow a further shot back in a tie for sixth.

Another victorious Ryder Cup star, Tommy Fleetwood, is just three shots off the pace in a four-man group on six under.

Two members of the losing US team in Paris are also in action this week. Tony Finau fared the best of the two, and lies just four back on five under after a 66 on Friday.

Brooks Koepka had to settle for a 72 at the same course to lie on two under, seven back.