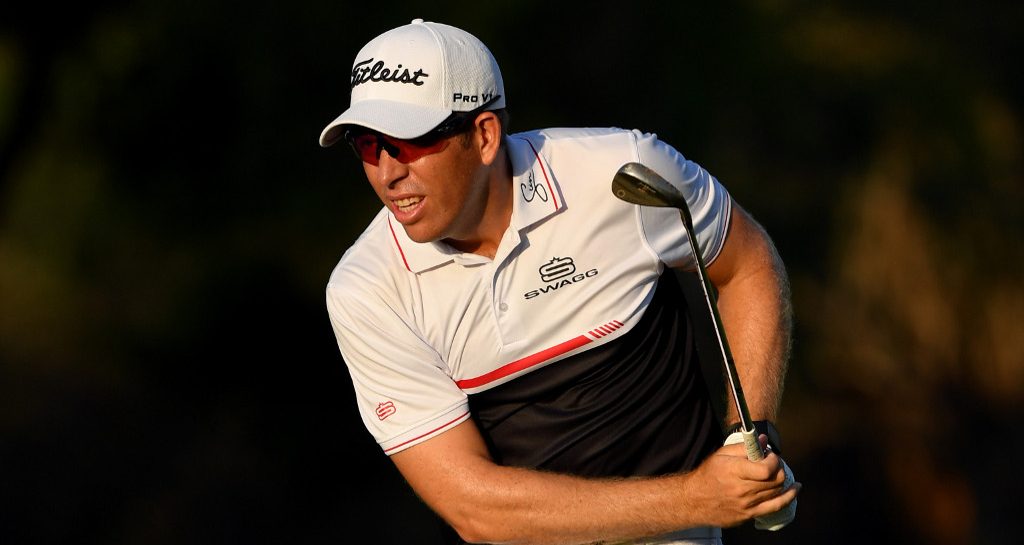 Local favourite Oliver Bekker leads the way after the first round of the Alfred Dunhill Championship in Malelane.

Bekker, a seven-time winner on the South African Sunshine Tour who has made eight trips to the European Tour’s Qualifying School, holds a one-shot lead after a well-played six-under-par 66 at the picturesque Leopard Creek golf course, which borders the famous Kruger National Park.

One of the day’s late starters, Bekker was two under on the front nine but really caught firing after the turn, draining four straight birdies from the 11th hole to race into the lead.

Dimitrios Papadatos held the clubhouse lead for most of the day after his impressive 67, but the Australian had to settle for second place after Bekker’s late heroics.

Scoring was far from easy on the day, with high winds and fast greens combining to make things tricky for the pros.

“Definitely a great afternoon on the golf course,” said Bekker. “The wind died a little bit on us so I’m glad to have been able to take advantage of that.

“I hit it really good today. The greens are really firm but I drove it well so I was in fairway most of the time so I could control my ball. I made one or two but, all in all, I just played solid golf today.

“I think the changes on this golf course are good for my game. I, traditionally, have not played that great over here but today I felt like it suited my game a little bit better so I’m looking forward to what this week’s got in store.”

Last week’s South African Open champion Louis Oosthuizen, the highest-ranked player in the field, is five shots back after an opening 71.