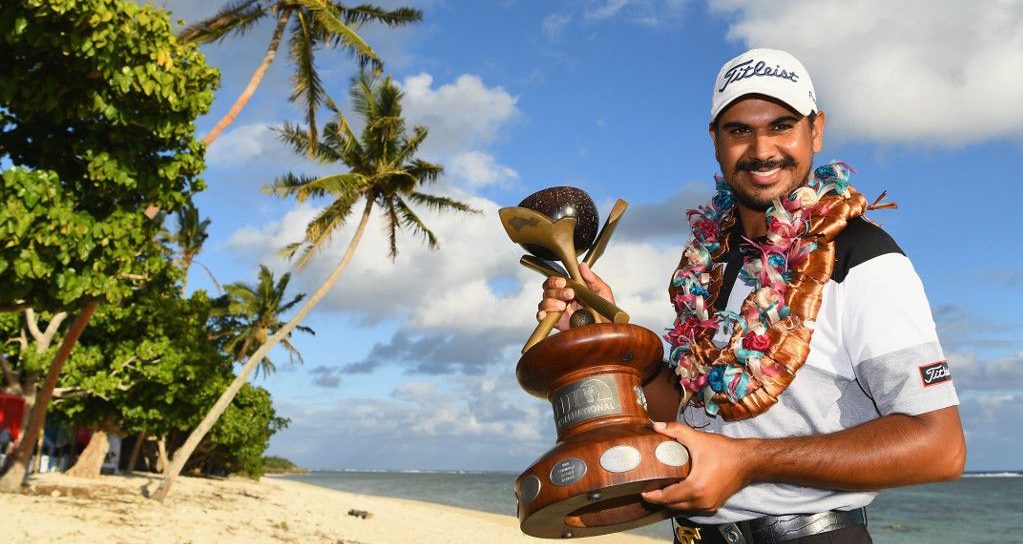 Gaganjeet Bhullar claimed a career first European Tour title after he held his nerve in the final holes to win the Fiji International on Sunday.

The Indian star would card a six under 66 in the final round to take him to 14 under for the event, edging out Anthony Quayle of Australia by one stroke.

Bhullar started the day with a one shot lead but found himself in trouble after Quayle did well take the clubhouse lead at 13 under. But Bhullar had a moment of brilliance on the 17th, where he chipped in for eagle to regain the lead.

He then held his nerve to par the last and pick up his first piece of silverware on the European Tour.

The leaderboard after the final round at the #FijiInternational 📊

“It was just a matter of time and I’m glad it happened on this stage and really happy to be back on the European Tour.

“I played two full seasons back in 2013 and 2014 on the European Tour and then I had to come back to the Asian Tour because of my injury. So I think this victory is really emotional for me in terms of playing opportunity and getting back on the European soil.”

Other notable finishers include four-time major winner Ernie Els, who earned a T3 finish, his first top ten placing since 2016.