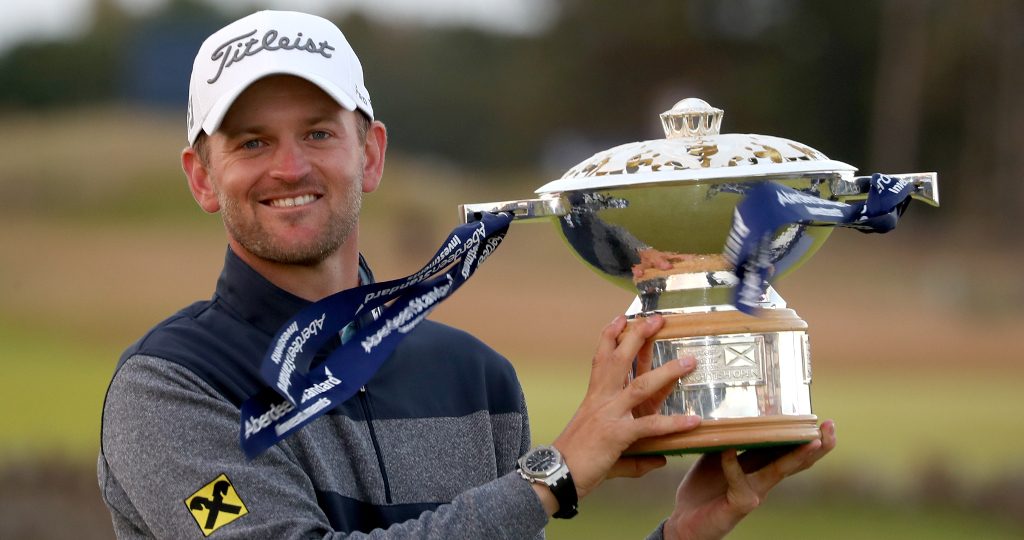 Bernd Wiesberger was the eventual victor of the Scottish Open following a twilight playoff late on Sunday afternoon.

The Austrian closed with a 69 at The Renaissance Club, which was just enough to catch flying Frenchman Benjamin Herbert who posted a sizzling 62 to set the target at 22 under. After the third playoff hole, Weisberger would finally claim the title.

Earlier in the day, Wiesberger started with a two stroke lead. After a bogey on the second and two gains before making the turn, he took advantage of the par five 12th to tap in for a birdie. The gain brought him level with Herbert, who had just finished on the 18th for the clubhouse lead.

When Weisberger rolled in a curling 18-footer for birdie on the 16th, he was one ahead and looking the firm favourite. But he dropped a shot the next hole and all of a sudden found himself standing over a testy seven foot putt to force a playoff on the last.

That putt has sealed it!

So much like some other major sporting events on Sunday afternoon, they were off to a playoff. Wiesberger and Herbert both parred the first trip down the 18th, then both bogeyed on the second trip and finally a three-putt from Herbert handed the silverware to a gleaming but exhausted Wiesberger in the Scottish twilight.

“I would have loved to seal it off with a couple of pars coming in but sometimes it just tests you,” the 33-year-old told europeantour.com.

“I’m very grateful for how it turned out. I’ve always enjoyed coming to the links, Scottish links, and I’ve had nice success here in Scotland and it’s just really, really nice to be able to stand here with the trophy at the end of the day. It was a long day but somehow I managed.

“Being in places where you have no control over what is going to happen next all of last year makes it just a lot sweeter and you appreciate it a lot more.”

As runner-up, Herbert can find consolation that his efforts earned him a spot in The Open Championship field. Romain Langasque would finish alone in third on 20 under, while a host of players were tied for fourth on 19 under, including 2016 Champion Golfer of the Year Henrik Stenson and the ever-popular Andrew Johnston.