Bernd Wiesberger in front at Scottish Open after record-breaking 61 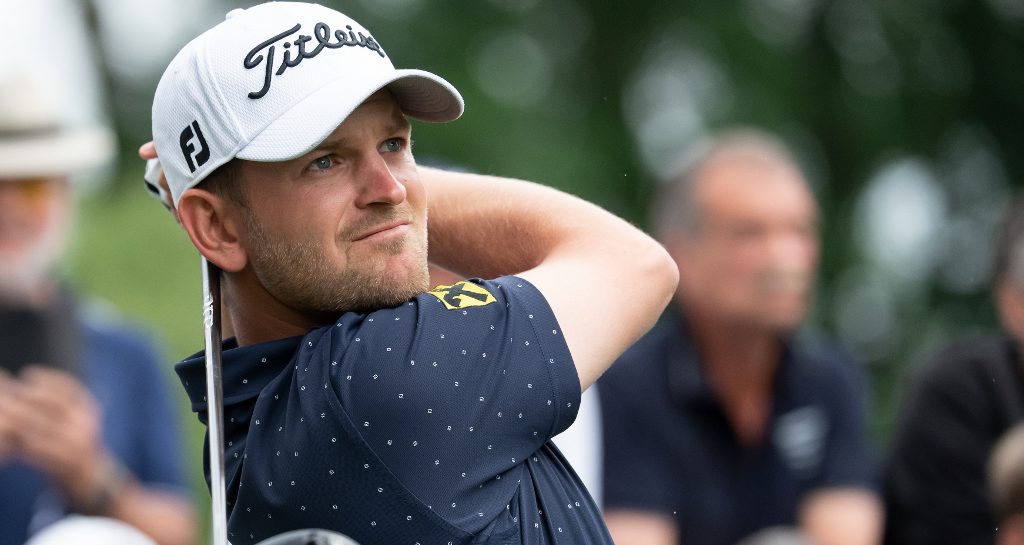 Austria’s Bernd Wiesberger shares the Scottish Open lead heading into the weekend after firing a record-breaking 61.

This week’s venue, the Renaissance Club, has come under some criticism for being a bit too soft and not offering a stern enough links test ahead of the Open Championship next week, and Friday’s action did little to dispel those notions.

Wiesberger drained no less than 11 birdies on the day – including five straight at the end of his round – to shatter the course record and leap into a share of the lead on 14 under, a new 36-hole record for the Scottish Open.

✍🏻Round of the week.

“I played quite solid, nothing out of the ordinary,” said Wiesberger. “I hit a lot of shots quite close and obviously coming in, finishing off with five birdies is a bonus but it was a good day out there today.

“I hadn’t shot 10 under in a professional event before so that was a nice bonus.”

Sharing the lead with Wiesberger are England’s Lee Slattery and South African Erik van Rooyen, who both carded successive rounds of 64 to join the Austrian on 14 under.

The trio lie two shots clear of Italy’s Nino Bertasio, who followed up his opening 63 with a 67, and Swede Henrik Stenson, lurking ominously after a pair of 65s.

American Justin Thomas is among those on 11 under, three back, after an impressive 64, while Rory McIlroy is six shots adrift after a second straight 67.

Meanwhile, Bradley Dredge netted himself a brand new BMW X7 thanks to a hole-in-one at the par-3 17th. It was the first ace of the Welshman’s 20-year European Tour career.

“It’s been quite a few years coming,” he said. “I’ve had ten holes-in-one but never in tournament play, it’s nice to do it here.

“I got a very nice car by BMW so I’m pleased with that.

“The pin was in quite a friendly position, the wind is off the right slightly in. It was a comfortable five iron and I managed to hit a good shot.

“I couldn’t actually see it going in but I could tell from the crowd’s reaction that it’s gone in.”