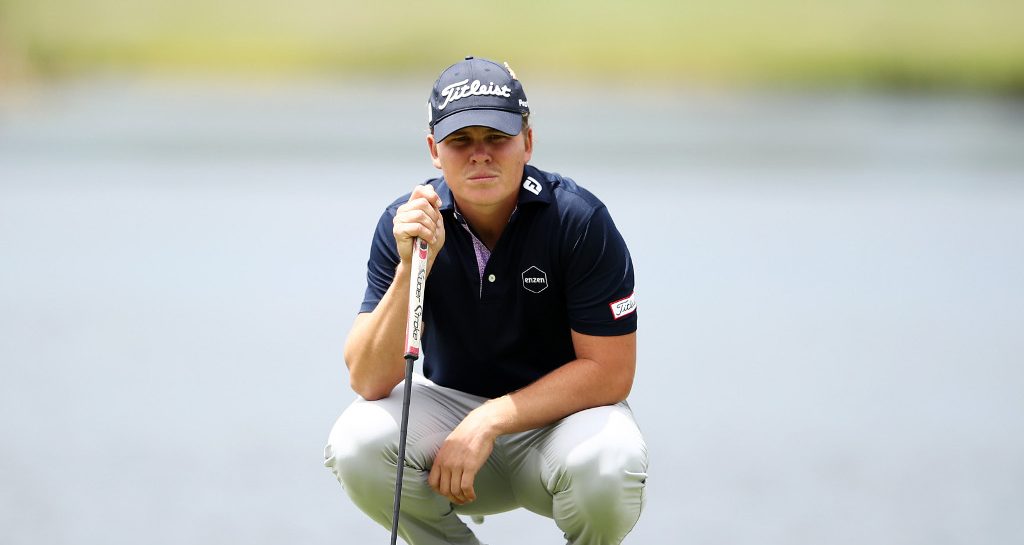 Two local lads rule the roost after Thursday’s first round of the Australian PGA Championship on the Gold Coast.

Jake McLeod and Matt Jager both shot six-under-par 66s at RACV Royal Pines Resort in Queensland to grab a share of the lead Down Under.

As things stand at the #AusPGA:

For McLeod, the round was a particularly important one, as it moved him a step closer to earning his playing privileges on the European Tour.

It continues an excellent run of form for the home favourite, who claimed his first professional win at the NSW Open before earning a place at The Open Championship with a top-three finish at the Australian Open.

That run has put him at the top of the Order of Merit on the PGA Tour of Australasia, and if he can hold on to that position come Sunday, he will secure his card for the rest of the season.

“I’ve been playing well,” said McLeod, who made six birdies in a bogey-free round on Thursday. “I’ve just got to keep on doing what I’ve been doing. Anything can happen. If one of the other guys wins, obviously they win. So I’ll just go do what I can do and see what happens at the end of it.

“The whole game’s been pretty good and I’ve seen a new psychologist six months to a year ago now and the things we’ve been working on have been really good, so I think that’s definitely helped a lot.”

Two eagles on one nine?

Just a normal day at the office for Matt Jager. He and Jake McLeod are in the clubhouse at six under par. #AusPGA pic.twitter.com/juekGlj7mp

Co-leader Jager, meanwhile, was two under through his first nine but then picked up no less than two eagles after the turn at the par-5 12th and 15h holes to rocket into a share of the lead.

“The eagles were a bonus,” he said. “But in saying that, I just made some really nice swings. I put us in a position and just rolled a couple of putts in. You obviously don’t expect to do that but that was a bonus.”

McLeod and Jager lie one shot clear of another Australian in Dimitrios Papadatos and South Korea’s Jaewoong Eom, while four more Australians – including Marc Leishman, the highest-ranked player in the field – share fifth place a further shot back alongside Spaniard Adrian Otaegui.