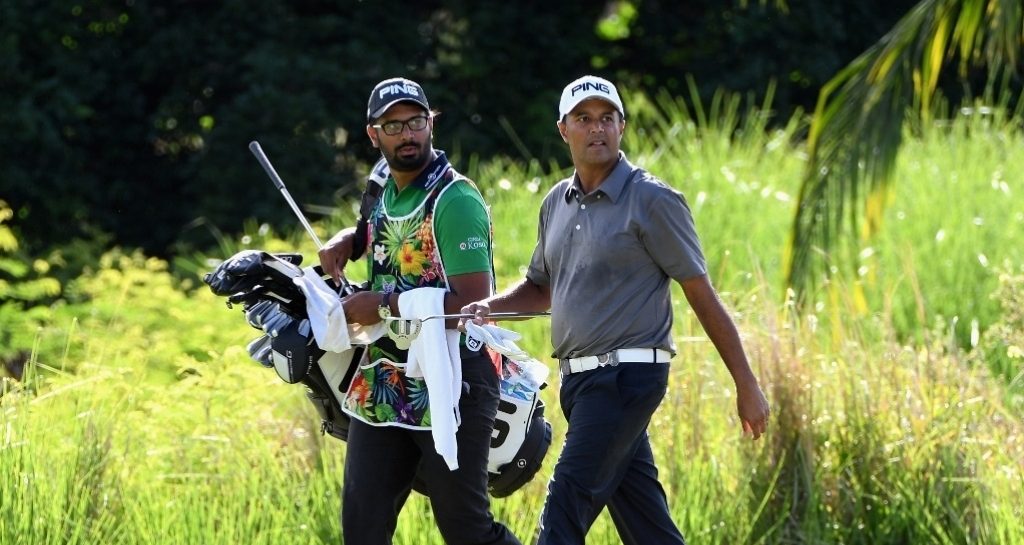 Arjun Atwal managed to keep his nose in front at the AfrAsia Bank Mauritius Open on Friday, but his challengers are closing in.

The Indian veteran led by four shots at the start of the day thanks to a course-record breaking 62 in the first round, but his lead was cut down to just one stroke by the end of Friday.

Atwal had to settle for a one-under-par 70 after mixing three birdies with two bogeys, and that opened the door for some of his challengers to close the gap at the top.

The 44-year-old was happy to hold on to his lead heading into the weekend, however.

"I was pleased with how I played," said Atwal.

"The putter was definitely not as hot as the first day. I was hitting the ball just as good but it is tough to follow up a 62 with another low round. I'll take this one-under.

Lying just one shot off the lead are South Africans Dylan Frittelli and Louis de Jager, and Englishman Laurie Canter.

Frittelli and Canter made serious inroads with a pair of 66s, while Canter shot a 67.

As many as five players are within two shots of the lead – Miguel Tabuena, Jose-Filipe Lima, Justin Walters, Oliver Bekker and Ockie Strydom.

Former Open champion Louis Oosthuizen, the highest ranked player in the field – moved to within three shots of the lead after following up an opening 67 with a well played 68.

Another Indian, SSP Chawrasia, is among those on six under, four shots back.