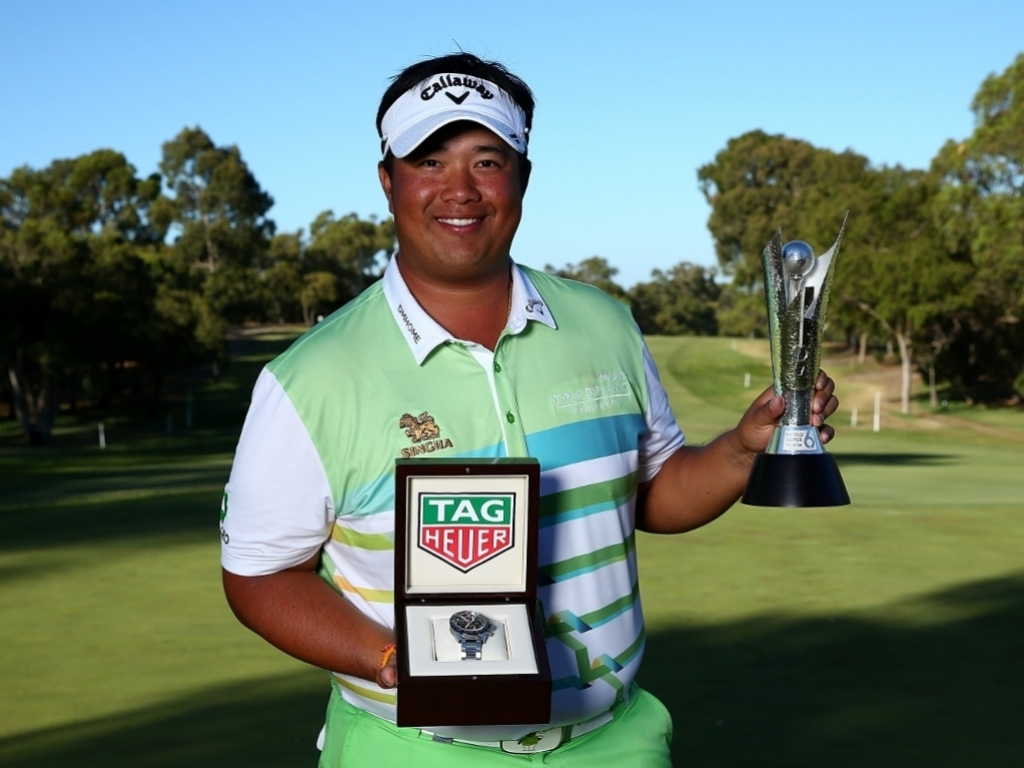 The Thai star played through five rounds of matchplay – a total of 35 holes – to claim his fourth European Tour title at the Karrinyup Country Club.

On Saturday, Aphibarnrat was forced to go up the 18th four times to finally secure a place in the in the 24 man matchplay format.

What followed were wins over Ben Eccles, Yusaku Miyazato Sean Croker and Lucas Herbert to reach the final, where he faced Australia’s James Nitties .

The home-crowd favourite would win the opening hole and after the halving the second, Aphibarnrat stormed to victory with an eagle and two birdies to claim his first title since 2015.

"One of the shots of the tournament!"

"It's just been an awesome week," the 28-year-old said after the effort.

"I don't know how to explain but I'm so happy. I'm working so hard. The last few months I've been getting really close and finally I've done it.

"It means a lot. When you focus on something, you try this hard, then I kept finishing second and then I'm not giving up. I'm trying so hard until I get it.

"It's really tough to get in the last 24. It's been tough every single match that I play in."