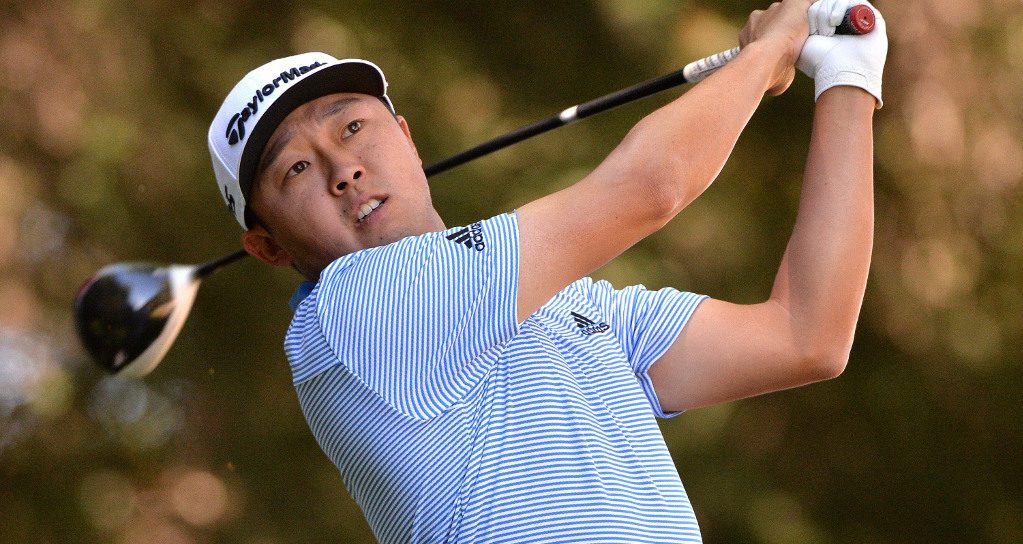 David Lipsky and Sean Crocker head the field after 36 holes of the Trophee Hassan II in Morocco whilst Spain’s Nuria Iturrios leads the Lalla Meryem Cup.

In recent months much has been made of the success of European golfers on the PGA Tour; a less-heralded trend has been the run of American triumphs on the European Tour and as the Trophee Hassan II heads into the weekend two golfers are in pole position to add to Uncle Sam’s tally.

David Lipsky and Sean Crocker lead the field after 36 holes on 5-under 141 after a second round of high scores in a blustery wind which whistled down the tree-lined fairways of the Red Course at Royal Golf Dar Es Salam.

They lead by one from fellow American Julian Suri, Australia’s Dimitrios Papadatos and the English pairing of Lee Slattery and Jordan Smith.

Few noted that on home soil the baubles and bonuses were heading in the opposite direction.

Of the 18 trophies handed out on the European Tour in 2019, eight have been lifted by Americans and just five by Europeans.

Granted Tiger Woods, Dustin Johnson and Kevin Kisner have landed majors and World Golf Championships, but Johnson has added a regular tournament, so too has Bryson DeChambeau, and so has Lipsky himself and Kurt Kitayama (twice).

The Euro wins have come from Shane Lowry, Stephen Gallacher, Aaron Rai, Guido Migliozzi and David Law – in other words, not one of the victorious Ryder Cup team of 2018.

It’s a curious state of affairs, no doubt, and Lipsky is keen to maintain the pattern. Indeed, he’d like to continue two trends because his first win of the season came shortly after his close friend Kitayama grabbed a maiden win – now he, too, would like to taste champagne for a second time in the season.

He carded a friday 70 to earn his opportunity, trading five birdies and two bogeys in tricky morning conditions. The swirling winds made it especially difficult to hit the correct portions of the sizeable, and slopey, greens.

“They are so tough,” he said afterwards. “If you’re on the wrong side of these ridges it’s always a tough two-putt. It’s difficult getting close to the pins.

“I’m really happy with where I’m at. I played great today and looking forward to the weekend.”

Pre-round leader Smith caught the worst of the weather and was sanguine about the situation.

“It was hard and I played a little scrappy,” he admitted after his 3-over-par 76. “But I’m still in the tournament. I made two back nine birdies and that’s massive.”

In the Lalla Meryem Cup, Spain’s Nuria Iturrios negotiated the Blue Course in gusting breezes every bit as demanding as those on the Red and came away with a 2-under-par 71 that gave her a 7-under 139 total that leaves her one clear of pre-round leader Lina Boqvist (74) and five clear of Eleanor Givens, Camilla Lennarth, Diksa Dagar and Noemi Jimenez Martin who are in a tie for third.

The 23-year-old won this event in 2016 in just her third start in a professional event. She had gone nearly three years without a second success and then carded a brilliant 9-under-par 63 to win on the Santander Tour, a minor circuit in her home country, just two weeks ago.

.@nuriaitu delighted to take the lead into the weekend & is happy to have her coach on the bag.#LallaMeryemCup pic.twitter.com/ODQRvbEMYq

“The confidence from that win made me feel good about returning her this week,” she said. “I have good memories of this country and the course.

“It has changed a lot since I won here and the conditions are very different. It was very wet in 2016. But I feel good here.”

She made three front nine birdies to briefly take command of the tournament, but Boqvist refused to go away and the Spaniard had to fight to maintain her lead on the way home.

She drained an eight foot par putt on the 12th, missed a short par putt on the 13th and then failed to convert a three foot birdie chance at the 14th, yet she remained calm. In fact she was joking with her caddie-coach Chiquiti Palacios on the very next tee.

“I give her two minutes after a mistake,” he admitted. “But then she gets it out of her system. She’s playing well and it’s nice to see her score in real-time than be hitting refresh on the phone like I was two weeks ago.”