Aiken stumbles to share lead with Waring in Sweden 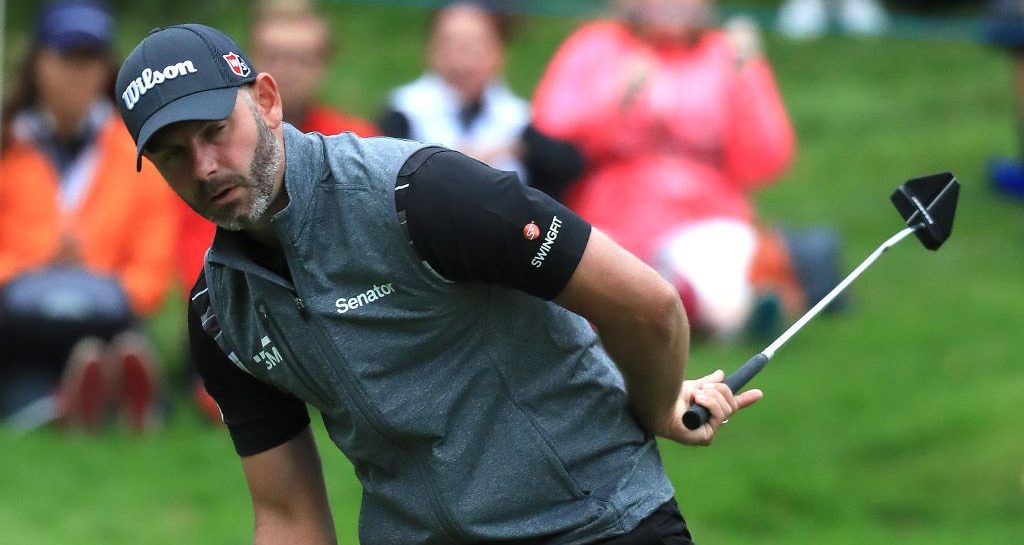 A trio of late bogeys from South African Thomas Aiken handed England’s Paul Waring a share of the lead at the Nordea Masters on Saturday.

Aiken looked to be following up opening rounds of 66 and 65 with another top-class performance after picking up five birdies in his first 14 holes.

But the wheels rather came off at the close, as the three-time European Tour winner made three straight bogeys from the 15th.

A closing birdie at the 18th saw Aiken salvage a three-under-par 67 and 12-under-par total – level with Waring, who would have held the sole lead but for a closing bogey himself at the 18th.

The Englishman had done well to birdie the 17th but had to settle for a 69 and a share of the lead after making a six at the closing par-5.

The duo’s late stumbles also opened the door for the rest of the field, who find themselves closer to the top of the leaderboard than they might have expected.

At nine under, three back, Scotland’s Marc Warren and Dane Thorbjorn Olesen are still in with a shout. Germany’s Maximilian Kiefer follows a shot back, while Lucas Herbert, Adam Bland and Lee Slattery share sixth place on seven under.

The winner is likely to come from the final group, however, with Aiken looking to add to his tally of European Tour wins, while 33-year-old Waring chases down what would be a maiden professional victory.

It was a day to forget for Scotland’s Scott Jamieson. Co-leader with Waring at the start of the day, a six-over 76 effectively put pay to his chances.