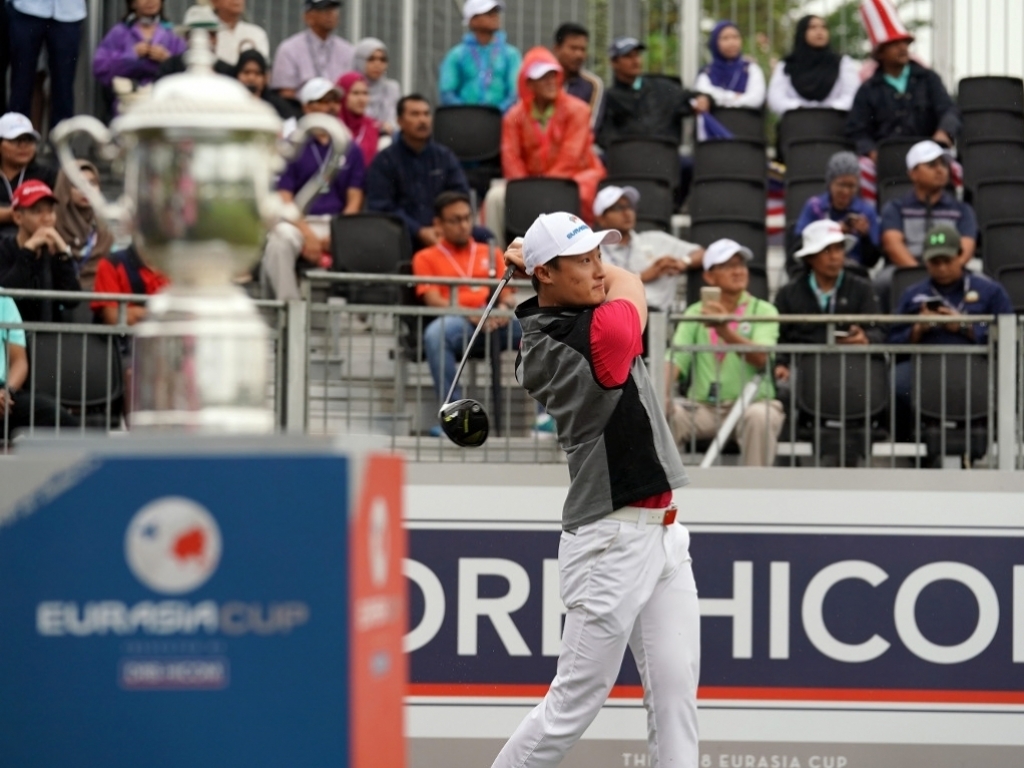 Li Haotong of China produced a gutsy birdie on the last hole to give Team Asia an edge over Team Europe heading into the Saturday Foursomes at the EurAsia Cup.

The 22-year-old Li and Malaysia’s Nicholas Fung dramatically halved their match in the Fourball Format against Bernd Wiesberger and Rafa Cabrera Bello as Team Asia leads on 3 ½ points against Team Europe’s 2 ½ points at the Glenmarie Golf and Country Club.

Hideto Tanihara of Japan and Phachara Khongwatmai of Thailand, the youngest player on Team Asia at the age of 18, also secured victory on the 18th hole when they beat Alex Noren and Paul Dunne by two holes.

After an exciting Day 1 of action from the fourball matches. #TeamAsia is one point ahead of #TeamEurope at the #EurAsiaCup pic.twitter.com/wroHeC3yZc

The pair of Kiradech Aphibarnrat and Byeonghun An lost their match to Tommy Fleetwood and Paul Casey 4&3 while Indian duo Anirban Lahiri and S.S.P. Chawrasia were beaten by Ross Fisher and Tyrrell Hatton 5&4.

Great to get a 🔵 point today! Good fun out there with 🐠 @RossFisher #EurAsiaCup #TeamEurope 🇪🇺 pic.twitter.com/BHwPgIfJAA

Li and Fung were 2-up after the turn but Team Europe bounced back superbly to lead 1-up in their match when they birdied, eagled and birdied the 10th, 11th and 12th holes respectively before Li holed a 15-feet birdie on the 18th hole to snatch a late draw.

Debutants Saksansin and Kang got off to a hot start when they birdied the opening eight holes and completed a remarkable victory on the 14th hole.

Playing in front of his home crowd, Green delivered an important victory with his partner Ikeda as the Malaysian holed a 15-feet birdie putt on the par-three 17th hole to contribute a point to the team.