Westerwood eight are top of the bill 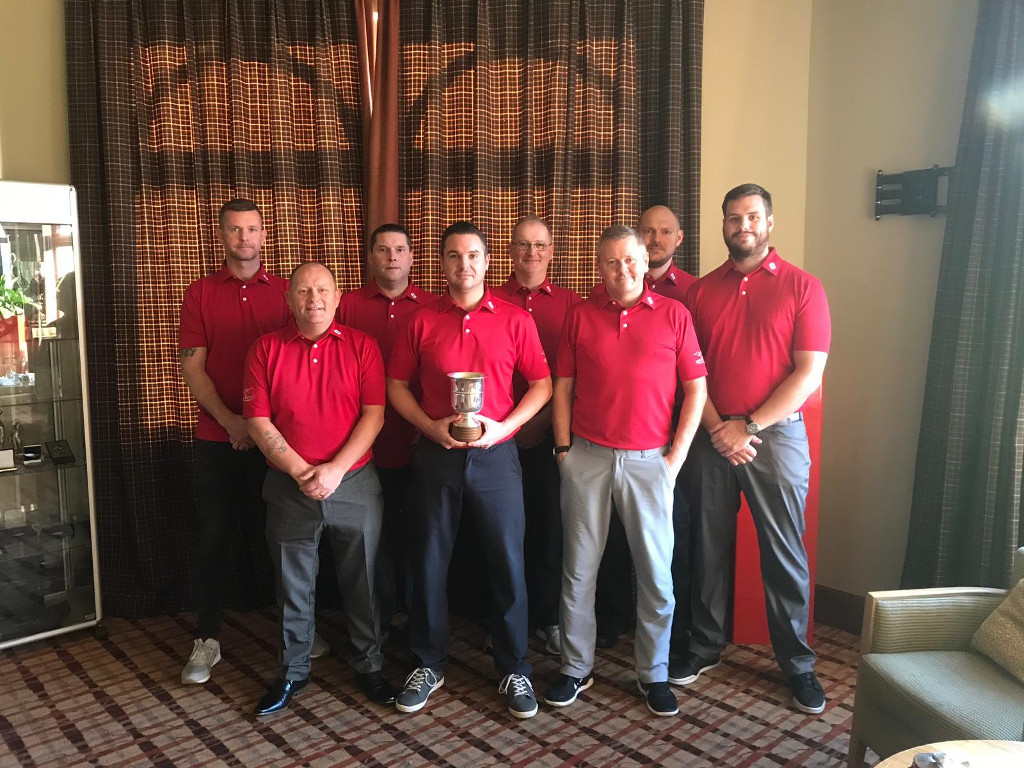 An eight-man team from DoubleTree by Hilton Glasgow Westerwood Spa & Golf Resort has won the Bill Jessiman Trophy … at the first time of trying.

The competition – played for by clubs in Glasgow’s Donald Cameron League – has been in existence since 1975, but this summer was the first time Westerwood had entered. And, under the non-playing captaincy of John Marshall, the team won four fourball better-ball matches to clinch the title.

The trophy will be presented to the team at the league’s annual dinner in February.

Westerwood’s head of golf, Daryn Cochrane, was justifiably proud of the team’s achievement. He said: “To win at the first time of trying is a great feat by the guys. We’re delighted – everybody at the club was rooting for them. There’s a great camaraderie among all the members and staff here.”

The DoubleTree by Hilton Glasgow Westerwood Spa & Golf Resort – managed by RBH, the UK’s leading independent hotel management company – is situated in acres of spectacular grounds, with a golf course co-designed by one of the world’s greatest golfers: Severiano Ballesteros.

Working with the equally revered golf designer Dave Thomas, the legendary Spaniard created a course that is as challenging as it is beautiful, as it meanders through silver birches, firs and heather, offering stunning views towards the picturesque Campsie Hills.

The signature hole, the par-three 15th – created by Ballesteros and known as the Waterfall hole – requires a tee-shot from an elevated tee to a green surrounded by a 60ft rock face. It’s not for the faint hearted and nor are the undulating moorland greens which test one’s mettle when standing over those nervy four-foot putts.

Yet with 148 spacious bedrooms, a large health club with a magnificent swimming pool and gym, a relaxing spa, fantastic bars and restaurants, guests may never leave the comfort of the hotel.