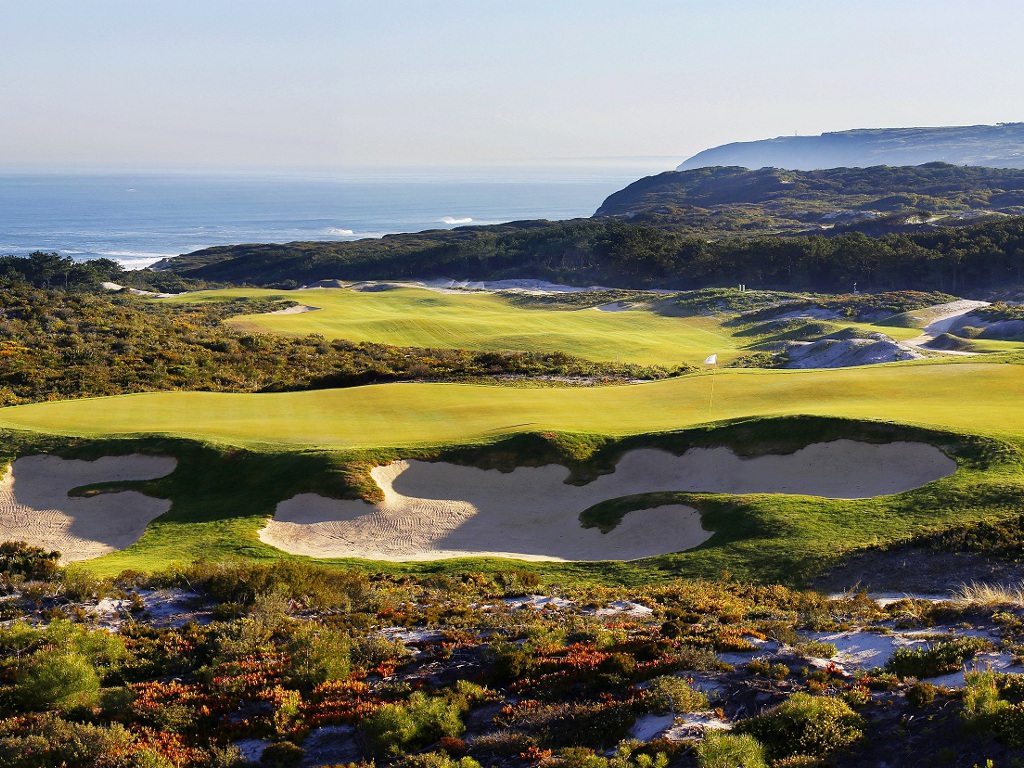 West Cliffs Golf Links has confirmed its reputation as the new star of global golf and capped an incredible first six months by being named as the ‘World’s Best New Golf Course’ at the 2017 World Golf Awards.

The Cynthia Dye-designed course, which has already been tipped to become the new number one layout in Portugal, overcame stiff competition to collect the leading accolade at a lavish awards ceremony at La Manga Club in Murcia, Spain.

Opened in June, West Cliffs has enjoyed a memorable start and has already claimed a number of notable honours, including becoming a Golf Environment Organisation (GEO) Certified® Development and being the highest new entry at no.25 in a 2017 ranking list of the ‘Top 100 Courses in Continental Europe.

Francisco Cadete, director of golf at West Cliffs Golf Links, said: “To win such a coveted global award in our first six months is an amazing achievement and one that makes everyone at the resort very proud.

“The course has lived up to everything it promised to be when Cynthia was designing it, and more, and is something truly special. We’ve received some incredible feedback from golfers all over the world since opening and believe the course will get even better in the years to come.”

Regarded as the most prestigious awards programme in golf tourism, this year’s World Golf Awards attracted a record number of votes from golf tourism professionals worldwide and golf consumers in more than 100 countries.

The event at La Manga Club featured leading golf industry figures from 40-plus countries from all over the world including legendary commentator, ‘the Voice of Golf’ Peter Alliss, and record 18-time Major winner Jack Nicklaus, who accepted his ‘Golf Course Designer of the Year 2017’ award via a video message.

Chris Frost, managing director of the World Golf Awards, said: “I would like to congratulate West Cliffs on this remarkable achievement.

“Golf tourism’s highest accolade is truly deserved and the award rewards its commitment to excellence and determination to achieve market leader status.”

Located an hour north of Lisbon on Portugal’s magnificent Silver Coast, West Cliffs is Cynthia Dye’s first golf course in Portugal – and only her fourth in Europe. The spectacular par-72 clifftop links sits amongst 200 hectares of natural landscape, rolling sand dunes and coastal vegetation, and offers sweeping views of the Atlantic Ocean from each hole.

Complementing the par-72 course is a golf academy, while the resort has further enhanced its environmental credentials at the venue’s eco-friendly clubhouse.

West Cliffs is being managed by Praia D’El Rey Marriott Golf & Beach Resort – one of Europe’s leading resorts – which celebrated its 20th anniversary in 2017. Situated less than 10 minutes’ drive from West Cliffs, Praia D’El Rey offers an eclectic and ever-growing range of services and activities attracting the golf, sports and leisure markets.