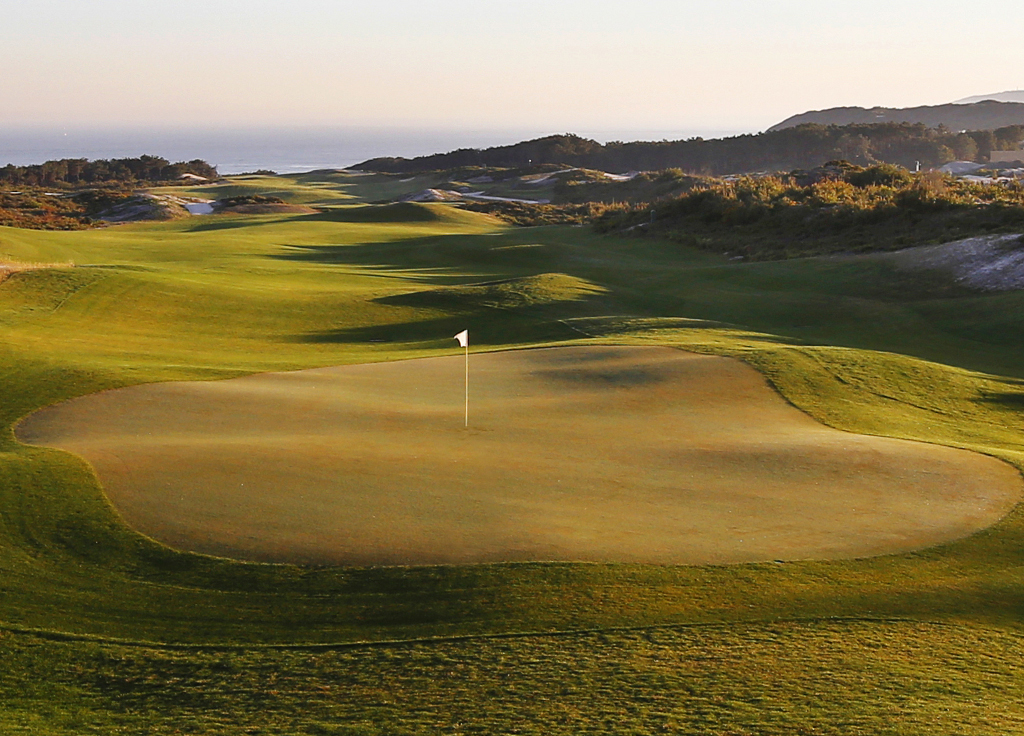 The stunning West Cliffs Golf Links, in Portugal, continues to rack up the plaudits having been acclaimed as the ‘world’s best new golf course’ by Square Mile magazine – just weeks after winning the same accolade in the 2017 World Golf Awards.

The Cynthia Dye-designed course is widely tipped to become the new number one layout in Portugal, and Square Mile – the leading luxury lifestyle publication for the City of London – said: “Scything through pine trees, vast expanses of sandy wasteland and lush scrub vegetation, West Cliffs is a wild, rollercoaster of a layout that pulls its players in every direction before spitting them out 18 holes later totally smitten.

“Golf holes are barely discernible from the surrounding flora, as if nature shaped these holes itself, resulting in a captivating sense of being the first to explore an untamed entity.

“West Cliffs is one of the most exciting, unique courses to open on the continent for a number of years. Play it now before work on neighbouring residences begins, and it’ll live long in the memory.”

“We continue to receive amazing feedback from visitors and to be recognised in such glowing terms by the media and professional golfers is the icing on the cake. And the thing is, we firmly believe the course will only get better in the years to come.”

Opened only in June 2017, West Cliffs has enjoyed a memorable start and has already claimed a number of notable honours, including becoming a Golf Environment Organisation (GEO) Certified® Development and being the highest new entry at no 25 in Golf World’s 2017 Top 100 Courses in Continental Europe ranking.

Located an hour north of Lisbon on Portugal’s magnificent Silver Coast, West Cliffs is Cynthia Dye’s first golf course in Portugal – and only her fourth in Europe. The spectacular par-72 clifftop links sits among 200 hectares of natural landscape, rolling sand dunes and coastal vegetation, and offers sweeping views of the Atlantic Ocean from each hole.

Complementing the par-72 course is a golf academy, while the resort has further enhanced its environmental credentials at the venue’s eco-friendly clubhouse.