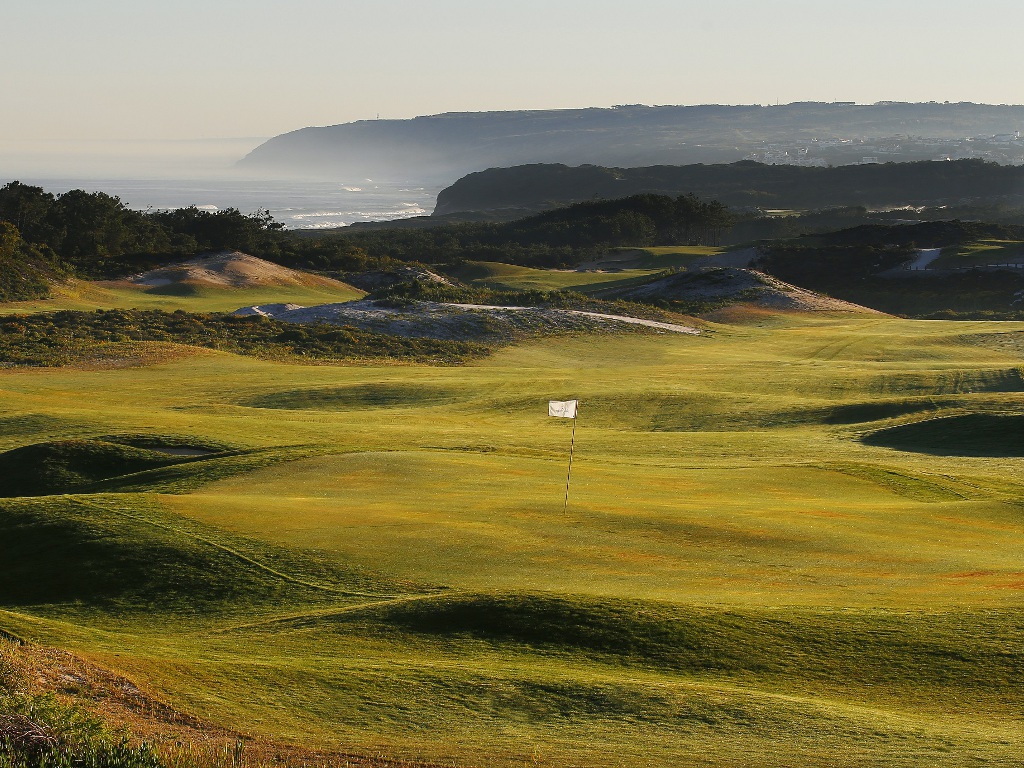 The meteoric rise of West Cliffs Golf Links to the top of the golfing world continues to gather pace, with the new Portuguese course achieving the highest new entry ever in the history of the respected Top 100 Golf Courses’ European rankings list.

The Cynthia Dye-designed layout has taken the game by storm since opening last summer, and has been ranked 16th in the popular website’s updated poll of the best courses on the continent – cementing Praia D’El Rey Marriott Golf & Beach Resort’s position among Europe’s elite golf resorts.

Located less than an hour north of Lisbon on the magnificent Silver Coast, West Cliffs – which was named as the ‘World’s Best New Golf Course’ at the 2017 World Golf Awards – has already been tipped to become the number one golf course in Portugal.

And there was further good news for Praia D’El Rey, which manages West Cliffs, with the resort’s other 18-hole championship course moving up an impressive 25 places to 48th in the new top 100 Continental Europe list.

Announcing its decision, the Top 100 Golf Courses panel said: “Our highest new entry, West Cliffs has already received rave reviews with comments such as ‘ridiculously good … exhilarating … a staggeringly scenic golf course … out of this world’. We have to agree with one reviewer’s assertion that this fantastic links layout is a possible World Top 100 golf course in the future.”

On Praia D’El Rey, it added: “Other honourable mentions in Portugal include Cabell Robinson’s exceptional late-1990s layout at Praia D’El Rey. It mixes great holes through lush vegetation, with a number of holes that run alongside the coastline and encompass sand dunes and links-style challenges whilst, at the same time, providing amazing views of the Atlantic Ocean and nearby Berlengas Islands.”

West Cliffs has enjoyed a memorable start and the new accolade is the latest in a number of notable achievements, including becoming a Golf Environment Organisation (GEO) Certified® Development and being the highest new entry at no. 25 in Golf World magazine’s list of the Top 100 Courses in Continental Europe 2017/18.

The first Dye golf course in Portugal – and only the fourth in Europe, the spectacular par-72 clifftop links has been created over 200 hectares of natural landscape and rolling sand dunes, and offers sweeping views of the Atlantic Ocean from each hole.

Complementing it is Praia D’El Rey’s 18-hole championship course which, designed by Cabell Robinson in 1997, is set amidst a combination of extensive pine forests and undulating dunes, and features spectacular views over the Atlantic and the Berlengas Islands beyond.

Francisco Cadete, director of golf at Praia D’El Rey Marriott Golf & Beach Resort and West Cliffs Golf Links, said: “There are so many outstanding golf courses in Europe so to have two ranked inside the top 50 – including the highest new entry ever – is very special for the resort. We knew West Cliffs had the potential to be up there with the best when it was being created and it’s very exciting to think that it’s only going to improve with time.

“Praia D’El Rey is an exceptional golf course in its own right and we’re delighted to see it being given the recognition it deserves. This is the perfect way for the resort to start 2018 and provides us with a great platform to achieve further success over the next 12 months.”

As well as golf, Praia D’El Rey offers an extensive array of world-class sports, leisure and accommodation facilities including a Marriott hotel, a wide selection of villas, a tennis academy, a luxury spa and health club and numerous watersports and restaurants.