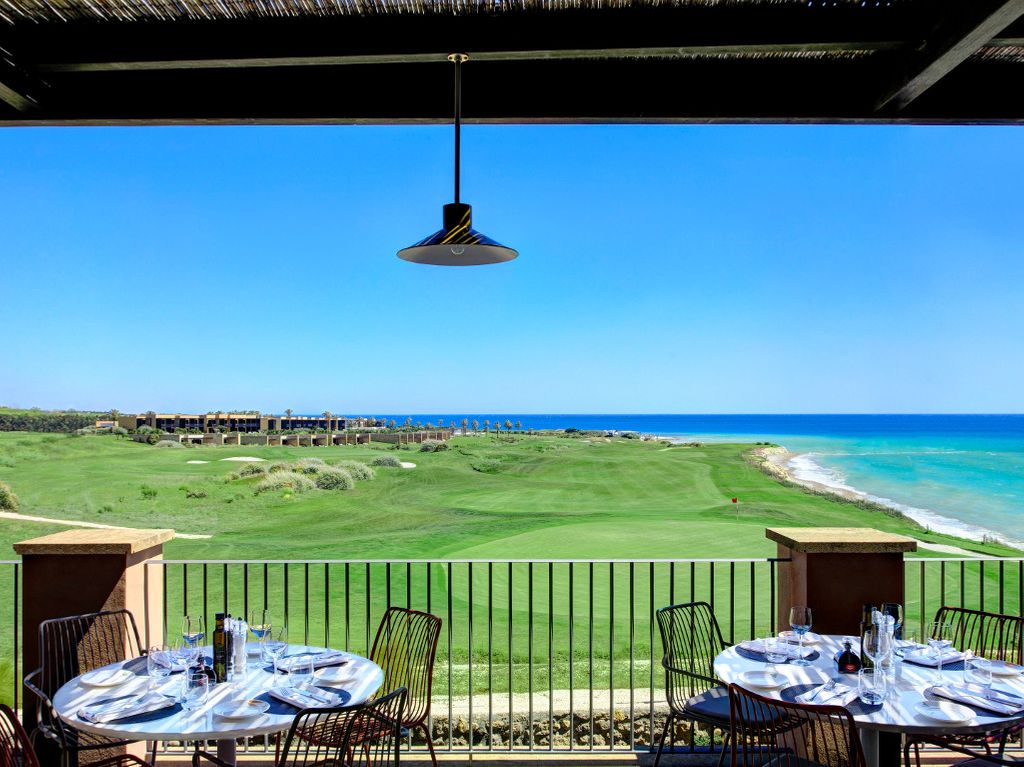 It’s been quite a year for Italian golf with Francesco Molinari’s heroics at the Ryder Cup and this summer’s Open Championship, and Verdura Resort has continued the winning theme after being named in the top three of a new industry poll of the best golfing venues in Europe.

While Molinari, the first Italian ever to win a Major, remains on target to win this season’s Race to Dubai, Verdura was ranked number one in Italy and second overall in National Club Golfer magazine’s inaugural list of the ‘Top 100 Golf Resorts in Continental Europe’.

Marked over four categories – courses, accommodation, setting and amenities – Verdura, home of the Rocco Forte Sicilian Open, scored 89.5 out of 100 points, with the magazine’s judging panel describing the resort’s setting as “as good as it gets”.

Chris Bertram, chairman of the Top 100 panel, said: “(The resort) offers two courses – the East and West – by Kyle Phillips that are both superbly designed and enjoy holes with seaside settings. The Rocco Forte hotel is predictably fabulous.

“It’s best for couples and families especially, but female groups would also think Verdura is divine and the setting is as good as it gets – just yards from the beach whether you are on the course or in the hotel. The golf is so well balanced it’s hard to choose which of the two courses is the best, plus there’s a fun nine-holer.”

Endorsing the new ranking, Alex Polizzi, hotel expert and television presenter of ‘The Hotel Inspector’ on Channel 5, added in the magazine: “I love Verdura (for so many reasons) … it keeps us all happy. I have been everywhere and this is somewhere special.”

One of 10 Italian resorts to feature in the new rankings, Verdura is set in 230 hectares of stunning Mediterranean landscape, with its world-class golf facilities include two outstanding 18-hole championship courses as well as a par-three nine-hole course, double-ended driving range and first-class academy.

The award is a further glowing endorsement for Verdura – a Rocco Forte hotel and European Tour destination – as Italy’s premier golf venue, with the resort also having been named number one in UK magazine Golf World’s recent updated list of the best resorts in Europe.

Antonio Castelo, director of golf at Verdura Resort, said: “It’s been a fantastic year for Italian golf and Verdura, and we’re extremely proud to fly the flag for Italy as the country’s foremost golf resort.

“It’s a huge honour for the resort to be recognised again as the best golfing venue in Italy. As the home of the Rocco Forte Sicilian Open, Verdura is now firmly established as one of the world’s elite luxury golf destinations, and we are more motivated than ever to continue to deliver an outstanding customer experience to all our guests.”

Situated on Sicily’s southern coast between Agrigento and the fishing city of Sciacca, an 80-minute drive from Trapani and Palermo airports, Verdura Resort features 203 rooms and suites, all with a sea view, including six villas which offer a perfect solution for family holidays, each with its own private swimming pool.

Away from the fairways, the resort features an array of other luxury sports and lifestyle facilities, while guests also have the opportunity to sample, on and off-site, a taste of the gastronomy, wine, history and culture that has made Sicily famous across the world.