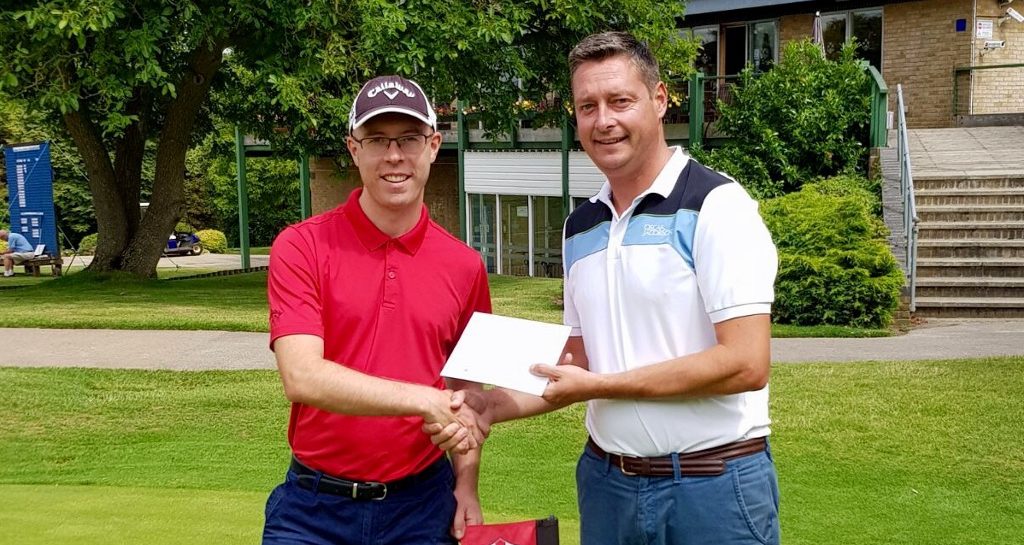 Broke Hill Golf Club has changed the fortunes of an amateur golfer dogged by bad luck.

Jon Stewart of Redhill was left cursing his ruff luck in a charity golf day at Royal Ashdown Forest when he fired his drive down the middle of the 18th fairway, only to see a dog dart on to the course and make off with his ball.

The following year at the same charity event on the same course and the same hole, the 36-year-old 11 handicapper remarkably suffered a similar fate – although this time, it was a different dog.

Stewart said: “We were on the 18th hole and I was playing in a team with Phil Tufnell. I smashed my drive and lo and behold, a dog ran on to the fairway and nicked my ball. Tuffers wasn’t particularly sympathetic – he thought it was hilarious.

“I went back and played in the same event the following year. We were on the 18th tee and I had just told my team-mates the story of what had happened the previous year at that hole, to much amusement.

“I hit a half-decent drive and the same thing happened. One of the guys had been there the year before and we just stood there in disbelief that it happened again. The chances of it happening twice must be pretty ridiculous.”

The tax advisor will now enjoy full member’s rights for three months alongside his friend Will Francis. And that will mean the duo will be able to take part in competitions at the club in Halstead, Kent and will get the chance to play a quick ca-nine holes after work.

The quest to find the south’s unluckiest golfer as part of Broke Hill’s recent Open Week attracted a host of entries, which included some weird and wonderful tales.

Stewart said: “It’s awesome to win. This might be the perfect time to finally put the dog story to bed.

“It was fantastic to get such a warm welcome to the club and I’m looking forward to making the most of my membership.”

Jon Pleydell, general manager at Broke Hill Golf Club, said: “Jon’s tale sounds like a shaggy dog story but who would make that up?

“It seems like he deserves a bit of good fortune and we are delighted to welcome him and his friend a free three-month membership. Who knows where this might lead?”

For those whose luck didn’t turn on this occasion, Broke Hill has another attractive offer for new members with a chance to earn £125 money back if they sign up during the week of the Open Championship. There is also a new fourball offer for just £140, inclusive of breakfast or buggies. Visit brokehill.co.uk for more details.