Sultans of Swing rock up for golfing fun at Pont Royal 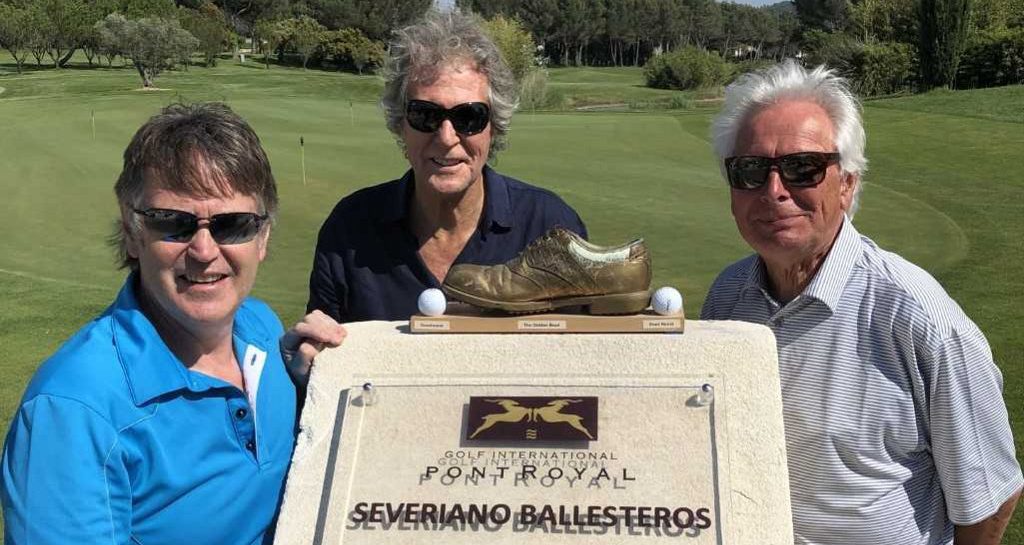 Three members of the Rock & Roll Hall of Fame were Brothers in Arms at Golf International Pont Royal recently as Goodwood GC competed in a friendly annual contest against the host club in Provence.

Dire Straits’ keyboardist Guy Fletcher, and John Illsley, who was a co-founder and bass player of the legendary band, were joined by world-renowned record producer and former Pont Royal member Glyn Johns, author of the best-selling Sound Man – a memoir of his time working with some of the world’s top artists, including the Eagles, the Rolling Stones, the Who, Eric Clapton, Johnny Cash, Led Zeppelin, the Clash, and the Beatles.

But the trio failed to hit the right notes on the day as bragging rights went to the team from Pont Royal and Goodwood were forced to return home with the rather-less-than highly prized Golden Boot … at least until the return match in West Sussex in October.

The Golden Boot contest between Pont Royal and Goodwood – a venue world-renowned for its Festival of Speed, racecourse and now as the location for the Rolls-Royce headquarters – was inaugurated by Johns and his friend and former club-mate in France David Payne, now Pont Royal’s vice-president.

The teams play annually, at Pont Royal in the spring and at Goodwood in October, with the loser forced to take possession of the old, battered boot in-between times.

Payne said: “It’s always a pleasure to welcome Glyn – who captains the visitors – and the rest of the team to Pont Royal. And, this year, we aging rockers were determined to get a picture of the three hall-of-famers with the golden boot, particularly as we won’t get to see it again until at least October.

“I suppose you could say on this occasion they paid their money for nothing … but their drinks were free,” he smiled.

Many holes at Pont Royal are blessed with a plateau setting, offering stunning views to the Luberon and Alpilles mountain ranges. Technical shaping of shots is required to reach the true, slick greens, and visitors enjoy an interesting, wide variety of holes that form a smooth and seamless experience. It contains some tough holes – none more so than the 11th, where players face a 215-yard test across a steep rocky valley to a raised green.

Accommodation at the resort is offered in the four-star, 102-room Moulin de Vernègues, part of the Châteaux & Hôtels Collection, or in apartments, villas and houses within the pedestrianisedPierre & Vacances village.