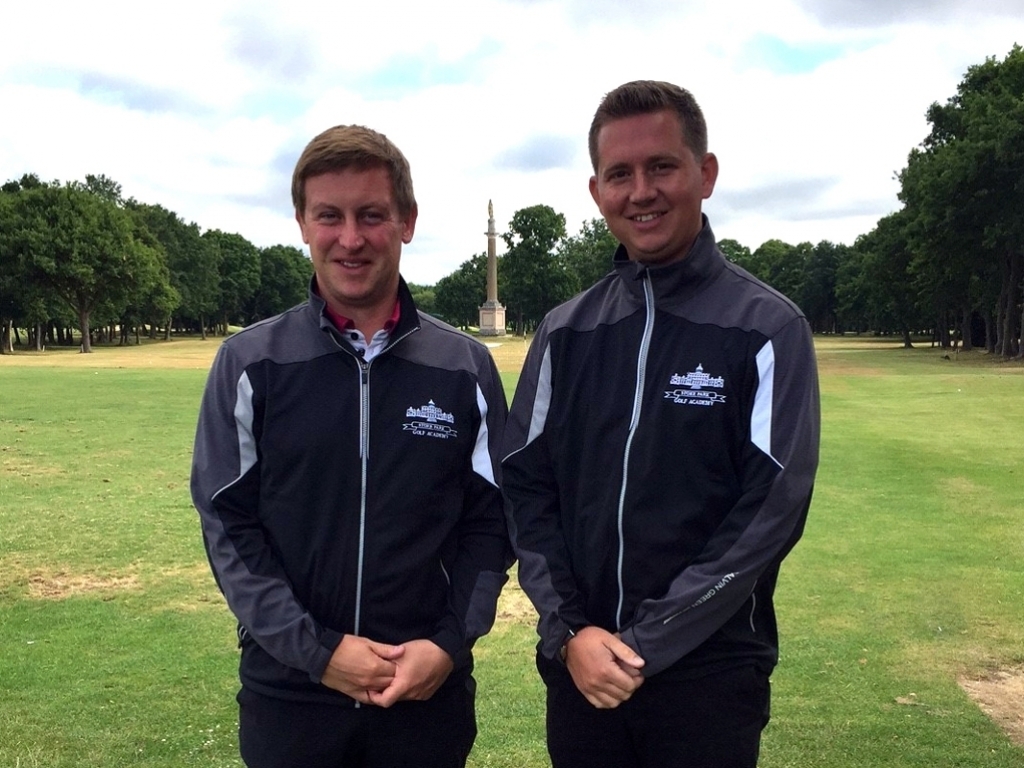 The prestigious five-star Stoke Park Country Club, Spa & Hotel is investing a ‘significant six-figure sum’ in its golf academy as it looks to build on the success it has achieved in the last few years.

The Buckinghamshire club is also investing in new staff to help bring through a succession of talented youngsters and complete beginners.

Chris Murtagh, 33, has been appointed head of instruction at the multi-award-winning venue, where he is joined by 31-year-old Tom Reid, who takes up the post of senior teaching professional.

A graduate of Loughborough University, Murtagh spent four years on the European Challenge Tour before turning his attention to coaching and now works with a number of elite amateurs and professionals. Reid joins Stoke Park after five years at Wentworth, where, in January, he was listed in the US Kids Top 50 Instructor rankings, which honours elite professionals who have dedicated their career to developing junior golf in their communities.

Both will be able to take advantage of the upgraded academy which includes a new short-game area, with a putting green and two bunkers, plus the re-landscaping of a further green and the surrounding area.

Stoke Park’s director of golf, Stuart Collier, said: “This is an exciting time for the academy. Not only has a significant six-figure sum been spent on its refurbishment, but we also welcome Chris and Tom into their new roles and believe both of them will be integral to the success of the academy in the future.

“They have both demonstrated a strong commitment to helping golfers improve, whether they are youngsters heading for county honours, complete novices, or existing members looking to rid themselves of niggling little habits. We feel their influence on the academy will be seen in no time at all.”

Last year Stoke Park’s academy celebrated a number of successes, not least with the 2016 lady captain, Julie Cunnah, who became the first in the role to have worked her way up from the academy. In the junior section, Conor Gough, 14, was the youngest player selected for the England boys’ golf squad for 2016/17, while five other scholars were selected for the regional U16 England training squads.

Stoke Park’s academy offers a wide range of coaching programmes for juniors throughout the year. The popular Stoke Park Stars scheme provides a structure and progressive schedule for children aged six to 14, covering all aspects of the game from technique to rules and etiquette.

Classes are divided into age and ability groups running through term-time in eight-week sessions, three times a year. Easter, summer and half-term camps are also available where golf joins forces with tennis. These combined camps offer a great learning environment where two sports can be enjoyed in one day. Children do not need to be members or have their own equipment to take part, as this can be provided.

The historic Stoke Park – one of just two five-AA Red Star golf clubs in England – boasts 27 Harry Colt-designed holes and a thriving golf club with around 800 members. Its numerous facilities include a state-of-the-art health club, spa and pool, 13 tennis courts, and three restaurants and bars, including the three AA rosette fine dining Humphry’s.