Say it with flowers at Palheiro golf 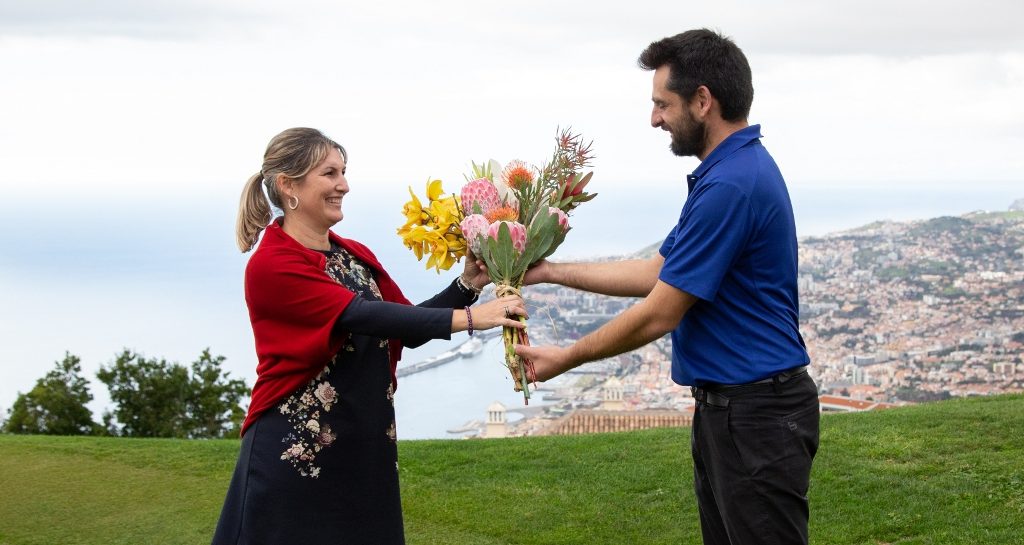 Whether it’s just nine holes or the full-blown five-hour-plus round, it’s fair to say most golfers have experienced a spouse’s displeasure at not being available to do any number of essential duties because of golf.

But at Palheiro Golf, in Madeira, golfers can choose to take home a token of appreciation to be passed on to a loved one: a bunch of flowers, grown on the estate and freshly picked, to say ‘thanks for letting me play’.

The idea came to Palheiro Nature Estate director Jonathan Fletcher after he was chatting to a golfer who had completed a round at the resort while on holiday.

Fletcher explained: “He’d enjoyed his round – and a couple of beers afterwards – and then asked us ‘where is the nearest flower shop?’. His reason was that, as he’d left his partner alone for the afternoon, to wander around the streets of Funchal, he would say ‘thank you’ by buying her some flowers.

“Sometimes, without meaning to, we take people for granted. It’s such a simple gesture, but we all know how much a ‘thank you’ means from our nearest and dearest, whatever gender you are. So we’ve made available in the clubhouse some of our most attractive home-grown blooms.”

One of the easiest ways to enjoy golf at Palheiro is to purchase a Madeira Golf Passport, which offers five rounds of golf at Santo da Serra or Palheiro Golf. Plus, the courses will supply free transfers to and from your hotel. It costs just €360 per person, and is available to purchase from many hotel receptions or at any of the participating golf clubs.

The par-72, 6,656-yard (6,086m) course at Palheiro Golf – designed by Cabell B Robinson – is situated within the magnificent Palheiro Nature Estate, which is more than 200 years old. At nearly 1,640ft above sea level, the location enjoys dramatic views of Madeira’s mountainous skyline and the ocean, as well as – nestling below, just 10 minutes away – the island’s capital, Funchal.

The 27-hole, Severiano Ballesteros-designed Porto Santo Golf is a short plane hop away on the island of the same name. The par-72, 7,036-yard (6,434m) course, which opened in 2004, comprises two distinct nines. The southern route – a US-style layout – is dotted with lakes, requiring a long and precise game; while the northern route is atop fantastic cliffs, near the stunning beach of the same name.