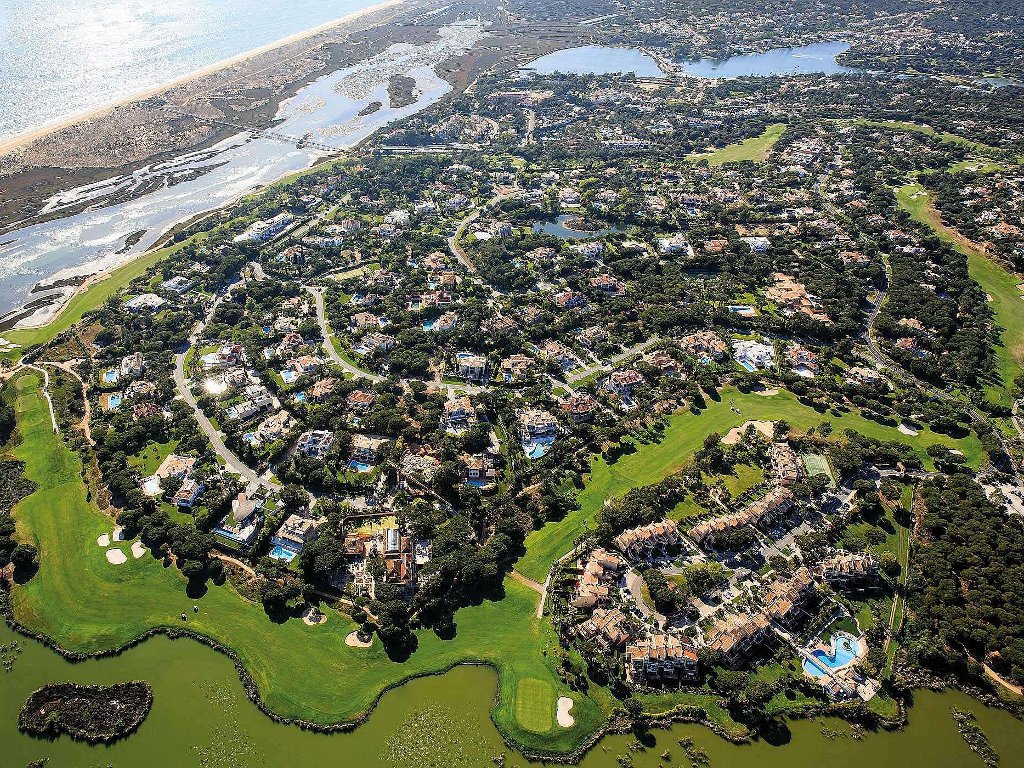 Quinta do Lago will attend this year’s International Golf Travel (IGTM) event on the back of its South Course being voted Portugal’s Best Golf Course 2017 at the prestigious World Golf Awards.

And the country showed it remains the firm favourite among golfers from across the globe as Portugal was voted Best World Golf Destination 2017 for an impressive fourth consecutive year.
Quinta do Lago, which boasts two other championship courses – the redsigned North course and Laranjal – was also named Europe’s Best Golf Venue at both the 2015 and 2016 World Golf Awards and this latest recognition comes in its 45th anniversary.

The World Golf Awards celebrates and rewards excellence in golf tourism through its highly-respected annual awards programme and Quinta do Lago’s 72-par South Course, which also won the 2014 title, has hosted the Portuguese Open on no fewer than eight occasions.

In partnership with the International Association of Golf Tour Operators (IAGTO), the annual IGTM event, now in its 20th year, is being held in the glamorous setting of Cannes, in France from December 11 to December 14 and sees more than 500 golf tourism suppliers join 400 pre-qualified buyers and 100 international press exclusive networking opportunities.

Sean Moriarty, chief executive of Quinta do Lago, said: “To be voted as the best course in Portugal is a real honour and is the perfect end to what is our 45th anniversary.

“There is obviously a lot of competition for such a prestigious award, which is emphasised by the fact Portugal was again voted best world destination, so to come out top speaks volumes for the quality of the course.

“The South Course has long been a favourite for Europe’s top professional players as well as amateurs and its brilliant to be recognised. We have received lots of fantastic feedback from visitors, guests and members, but that also goes for the North Course and Laranjal.

“It is great recognition for all our staff who have much to be proud of ahead of the IGTM event. The award shows our commitment to golf, but Quinta do Lago has really grown as a lifestyle destination with the continuing addition of The Campus, a state-of-the-art sports centre, that compliments our established facilities, highly-acclaimed restaurants and the newly-acquired Magnolia Hotel, which has a really fresh, new vibe and is an exciting addition to our accommodation options.”

Quinta do Lago received the coveted award at the World Golf Awards gala ceremony at Hotel Principe Felipe in Spain’s La Manga Club resort on Saturday November 25.
World Golf Awards managing director, Chris Frost added: “The fourth instalment of the 2017 World Golf Awards has been the most successful to date, welcoming industry leaders to Murcia, Spain for a weekend of golf, networking oppoortunities and our fabulous gala ceremony.

“It has been an honour to recognise so many world-class organisations and I offer my sincere congratulations to all our winners.”

The official winter training base for England Golf’s elite squads, Quinta do Lago’s world-renowned golf courses are matched by outstanding practice facilities, with a state-of-the-art TaylorMade Performance Centre – the only such facility in southern Europe – and new short game area available in addition to the Paul McGinley Academy.

The resort, now boasting 10 restaurants, is regarded as being one of the world’s premier sports and lifestyle destinations with a host of accommodation options, including a range of luxury rental self-catering properties or the newly-acquired Magnolia Hotel.

Set among 2,000 acres of the picturesque Ria Formosa Natural Park, there’s plenty to keep guests occupied away from the fairways at the resort, with events, tennis, cycling and watersports just some of the extensive leisure activities available.